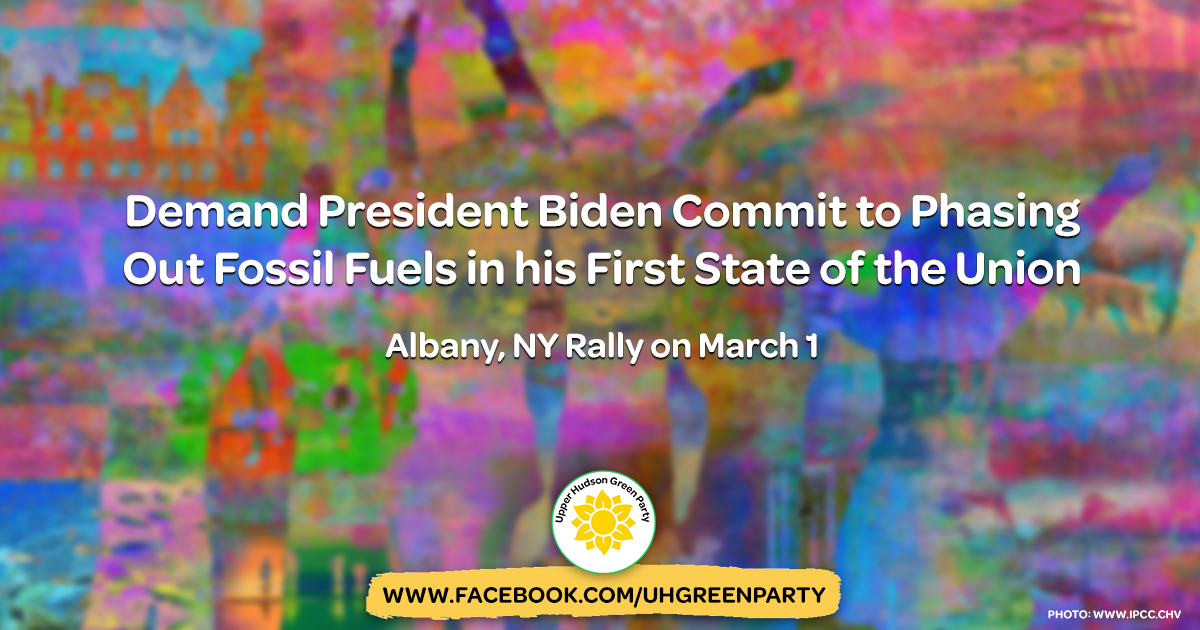 ALBANY, NY – After two years of broken climate promises, advocates in New York and across the country are pressuring President Biden in advance of his State of the Union address to quickly deliver on his campaign promises by declaring a climate emergency and stopping the federal approval of new fossil fuel projects.

New York advocates from the nationwide Build Back Fossil Free Coalition will rally in Albany to demand bolder climate leadership from President Biden. The rally comes on the heels of the release of a letter signed by over one thousand organizations from all 50 states and Puerto Rico urging Biden to use the power of his pen to keep fossil fuels in the ground.

The event comes the day after the IPCC released a new report that the dangers of climate change are mounting so rapidly that they could soon overwhelm the ability of both nature and humanity to adapt unless greenhouse gas emissions are quickly reduced.