Democrats Throw Meatballs in the 2021 Election 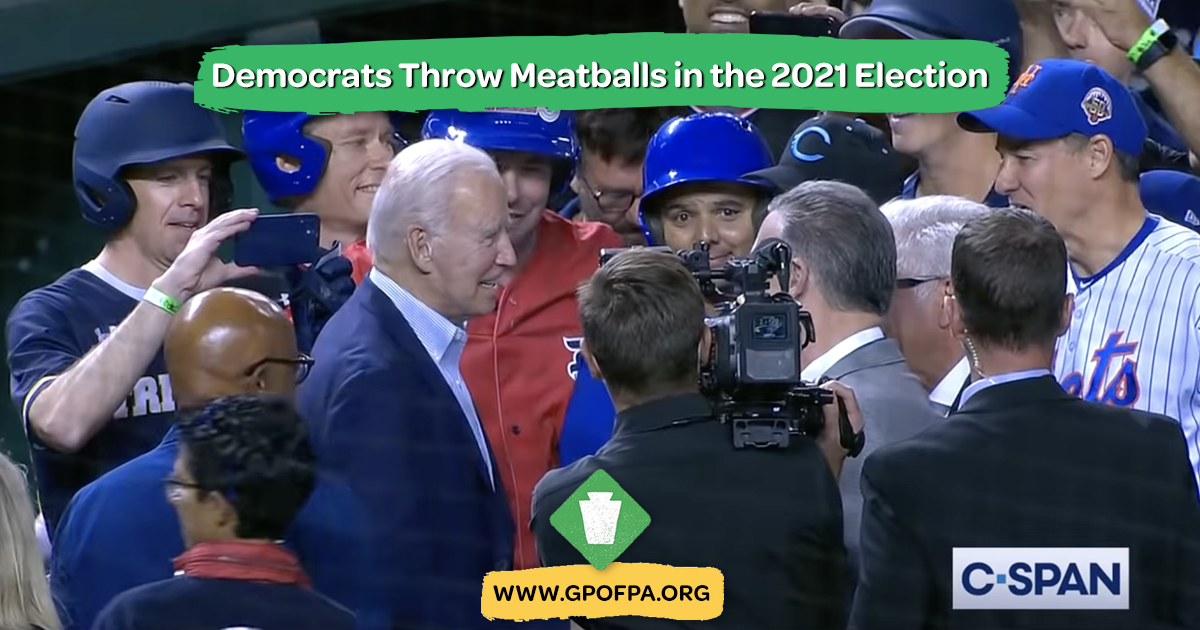 PHILADELPHIA – The results of the 2021 elections aren’t looking great for progress in the next season. The spreadsheet from this year’s results shows many easy misses and many hard-ball truths. The Democratic Party continues to spread itself too thin while boasting that their big tent can represent both Centrists and Leftists. Certainly from the bullpen, the Blue Sox appear to appeal to a large number of spectators. From the national league, you have rookie Alexandria Ocasio-Cortez in left field striking out with Democratic Socialists by putting Medicare for All back into the batting cage. While they also have seasoned-player Kyrsten Sinema playing short-stop on raising the minimum wage. These broad swaths of ideology should give them a hometown advantage, but when a conservative batter charges the mound, there simply is no solidarity, no nine-on-one fight.

This is where the four pillars of the Green Party give our pitchers better guidance. Green Party elected officials from school boards to mayors have fundamental shared beliefs in Peace, Ecological Wisdom, Social Justice, and Democracy, https://www.gp.org/the_four_pillars.

The penalty for the Blue Sox’s MVP Joe Biden's trajectory towards right field was especially shocking to many since his election. Even when the pitch towards progress appears right down the pike, he surprises us with new levels of disappointment. This renowned switch-pitcher cares more for those sitting in their box seats as high-paying patrons, rather than most of us sitting in the nosebleed seats trying to catch a fly-ball, just once.

It appears that the Democrats need to work on some basic teamwork, instead of pointing fingers from right to center field. Their in-field in-fighting and failure to pass their own basic platform initiatives -- even with the stats stacked in their favor -- continues to disenfranchise the entire franchise. They really should have been watching the Republicans who were busy stealing home plate by winning disproportionately in 2021, from local judges in PA to the shocking results in the VA. As Democrats kick sand at each other, the fans have grown bored with their antics. Ticket-holders are looking for some easy wins, or at the very least shying away from the mixed signals that catcher Jaime Harrison and his DNC are sending.

So, Blue Sox, do you want to “Defund the Umpires,” “Reform the Umpires,” or raise their wages and hire more Umpires? The latter appears to be one of the many screwballs angering activists, many of whom played a major role in electing Joe Biden. In this example, the Green Party sends a very straight-forward cutter as the focus must be on hyper local, grassroots democracy that carries over into redefining the roles of umpires in our communities: More justice, less crime, https://www.gp.org/social_justice#criminal-justice-reform.

In PA, the Blue Sox aren’t even playing ball. While their opponents are filling up the bases, Democrats are busy at the concession stand, selling merchandise for whatever clever social buzzwords and hashtags they can put on a team jersey. Which is not to say that supporting social causes via merchandise is bad, but when that money is being funneled and held by the team owners, that’s a problem. By the way, the Green Party does also have merchandise, but the money you spend on our cool items goes right back into building a league of our own. Check it out here, https://www.gpofpa.org/merchandise.