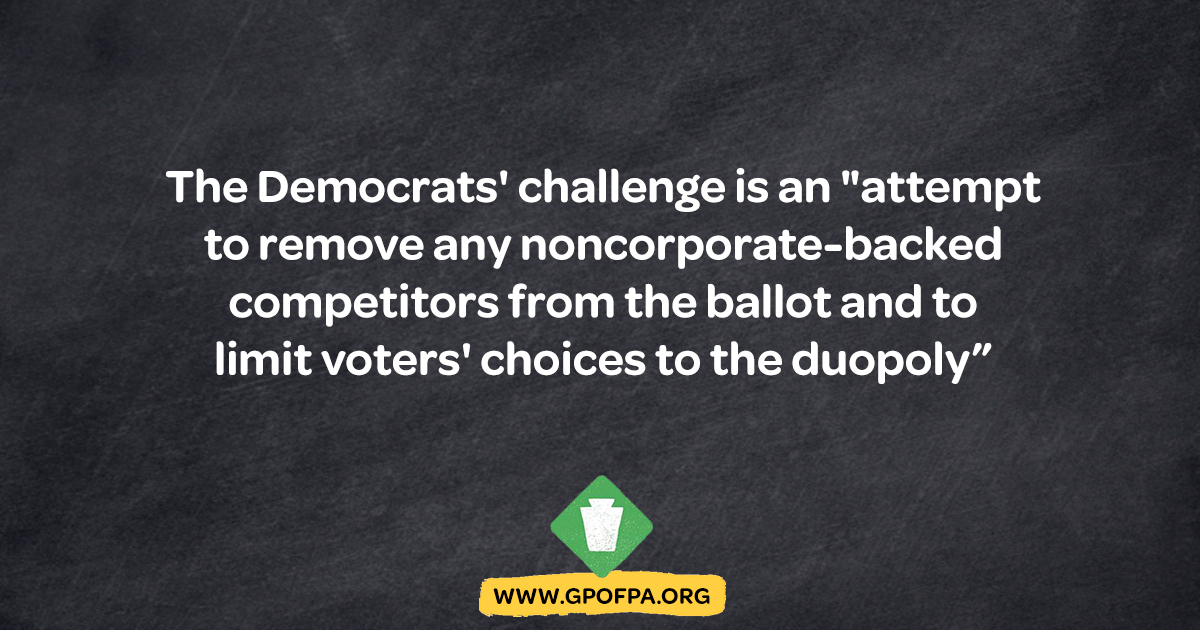 HARRISBURG — Democrats in Pennsylvania are challenging paperwork filed by the state Green Party to get its candidates on the fall election ballot for president and several statewide offices.

There are also "defects" in statements by candidates and people who gathered the signatures, the Democrats' court filing said.

The Green Party's paperwork, submitted by the Aug. 3 deadline, contained about 8,550 signatures for its nominees for president, state attorney general, state auditor general and state treasurer, according to court papers. The legal threshold is 5,000 signatures of registered voters.

A state Green Party co-chairperson, Sheri Miller, said in a statement the Democrats' challenge is an "attempt to remove any noncorporate-backed competitors from the ballot and to limit voters' choices to the duopoly."

The national Green Party nominee for president is Howie Hawkins.

The Republican and Democratic parties in Pennsylvania often challenge third-party nominees to keep those candidates from siphoning away votes in a general election.

The Libertarian Party also filed paperwork to get its presidential nominee, Jo Jorgensen, on the fall ballot. Those signatures have not been challenged in court, state officials say.