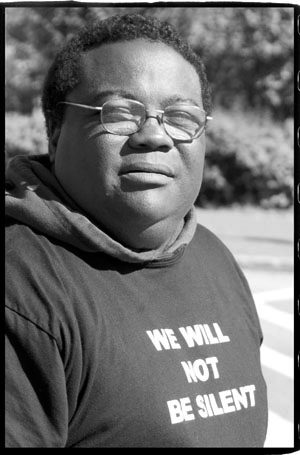 What do you do after you experience homelessness? Well, if you're Eddie Boyd, you join Mitch Snyder and the Community for Creative Non-Violence, an advocacy organization for the homeless. And what do you do when you're dying of cancer? From your deathbed, you talk about the Green Party with anyone who will listen.

Eddie Boyd, Jr. was born on August 24, 1961, in Miami, Florida. He joined the Navy soon after graduating high school. However, the Veteran's Administration (VA) didn't keep faith with Boyd. For years, Boyd suffered from leg pain, but he was never told by the VA Hospital that he had cancer. By the time he was admitted to the emergency room of Union Memorial Hospital, the cancer had spread to his lungs. Boyd died on August 11, 2008, just shy of his 47th birthday.

Boyd used his own experiences to help others. In Baltimore, after recovering from drug addiction, Boyd helped homeless veterans conquer their own addictions. He worked in the anti-war and counter-recruitment movements, sleeping in a ditch with Cindy Sheehan and other activists, near President Bush's ranch in Crawford, Texas, as they protested the invasion of Iraq.

Brandy Baker, a former Green Party candidate herself, considered Boyd as one of her best friends. She said, "He was a compassionate soul. He would give you the shirt off his back and he didn't have many shirts! Just a wonderful person!"