Yet another win for election integrity! 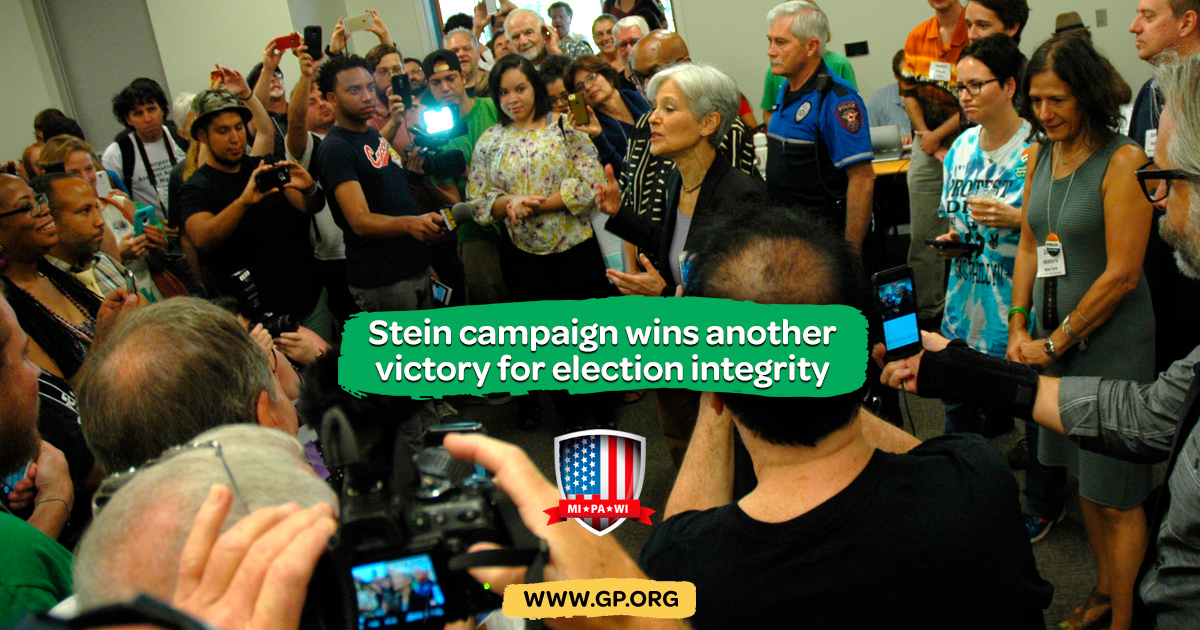 More great news! We just got a court decision in Wisconsin that we can proceed with a groundbreaking examination of voting machine software, without a gag rule that voting machine corporations had sought. They had hoped to prevent us from making any public disclosure about what we discover.

This is a critical victory for everyone concerned with the integrity of our elections, and we accomplished it together. Please help build the momentum for elections we can trust by sharing this great news on Facebook and Twitter!

This decision is a huge win for voters everywhere, and for the common-sense principle that the accuracy and reliability of our voting system is more important than shielding corporations from scrutiny.

The only reason for voting machine corporations to push for a gag rule was to prevent us from revealing any problems with their machines, which would threaten their ability to keep profiting off our elections. It's outrageous that we had to go to court to argue that the integrity of our elections is more important than protecting corporations.

When we launched the 2016 recount with the support of over 161,000 people, we knew it wasn't just a single election people were worried about, but the whole system. Over and over, we heard the concern that the computers and technology that were supposed to make our elections modern and reliable had instead made them more vulnerable.

So when the recount in Wisconsin made it possible to examine voting machine software, we jumped at the rare opportunity to look inside the voting machines to see if they deserve the immense trust we're told to put in them.

This is the latest in a series of victories for election integrity resulting from the 2016 recount effort, including our recent settlement with the state of Pennsylvania to replace easily-hacked paperless voting machines with paper ballots and institute automatic vote audits.

This precedent raises the bar for election integrity across the country, and adds to previous victories in Michigan and Wisconsin after the recount identified voting machine failures, leading to the replacement of faulty machines.

We look forward to continuing the fight together for elections we can trust, that are accurate, secure and just, and free from Jim Crow voter suppression.

Thank you to everyone who has supported the work so far. We couldn't have won this huge victory without you!

It's in our hands,
Jill Stein

PS. For more information, check out our website VotingJustice.us, which brings together critical information and resources about the ongoing work of the recount effort, as well as the broader movement for election protection and voting justice.