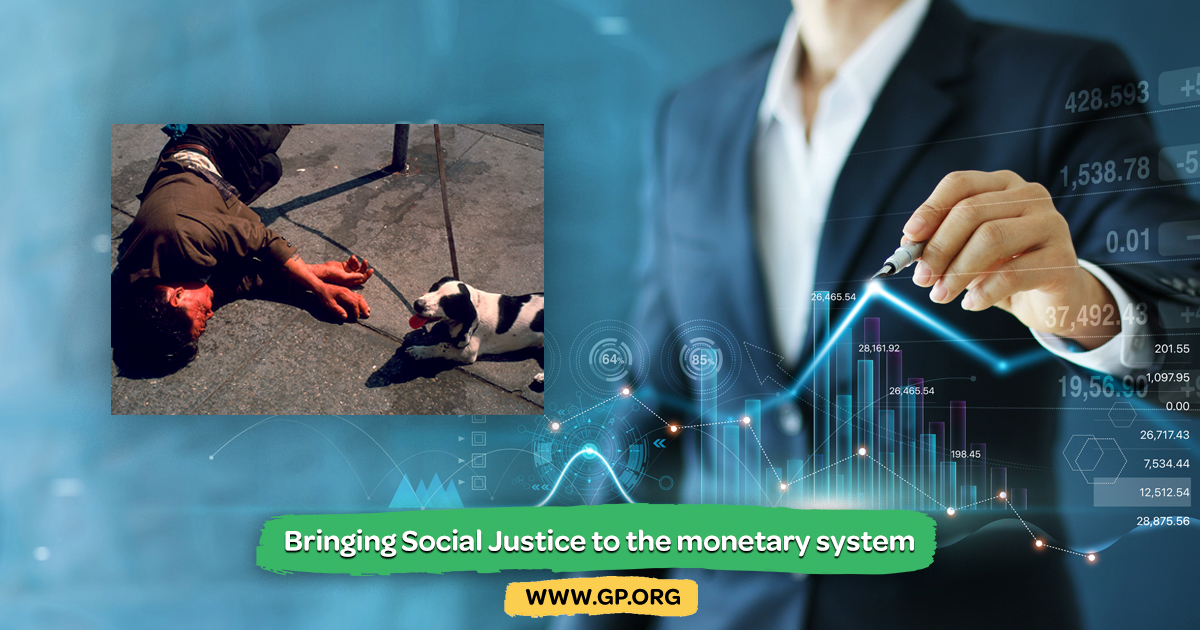 For over 100 years monetary reformers have called for fundamental change from our private, debt-based money system which concentrates wealth and power, to a democratic, equity-based money that circulates permanently and equitably in the real economy.

Congress needs to legislate this change, but they don’t know it. Since the 1930’s money systems have been a taboo topic and we all suffer a terrible ignorance about how powerfully they affect our lives.

AFJM Resolution #1 is a first step to remedy our serious problem. Green Party US endorsement will help the BMRC to build public awareness and pressure Congress for the formal inquiry. Resolution #1 presents the reasons for taking this necessary first step to clip the vestiges of the private international bankers’ money system. It also addresses how we can replace this system with a constitutionally congruent system of Public Money creation, ownership, administration, and gain.

The stated purposes of the Resolution are:

First, to establish a National Commission of Inquiry into the national money system of the United States of America;

Second, to see that such a National Monetary Commission (NMC) is established with adequate enabling powers and authorities, including full funding, to inquire into and consider alternative systems, structures, and institutions to those of the present private Federal Reserve Banking System (FRBS);

Third, to ensure that a monetary system of one-hundred percent public ownership, issuance, administration, and regulation of our national money, such as proposed in the 2011 NEED Act (H.R. 2990), is among the alternatives inquired upon, and, we hope, ultimately recommended; and,

Fourth, to reinforce that all improvements to our national money system proposed by the NMC further the U.S. Constitution’s purpose, as set forth in its Preamble: “to form a more perfect Union, establish Justice, insure domestic Tranquility, provide for the common defense, promote the general Welfare, and secure the Blessings of Liberty to ourselves and our Posterity.”

On April 23, 2020, the BMRC endorsed by consensus AFJM Resolution #1 and the present request to the GPUS National Committee, in accordance with the rules of the BMRC.

“In the past, serious changes were the result of serious public inquiries. I suggest that enough is amiss in our financial and banking structures that it is time to go back to the drawing board and determine what the monetary, financial, and financing arrangements should be in the 21st century. A …National Monetary Commission should be on the public policy agenda.” – H. P Minsky, 1994, Working Paper # 127.

AFJM Resolution #1
On the Establishment of a National Commission of Inquiry into the Monetary System of the United States of America.
https://www.monetaryalliance.org/resolution-number-one/