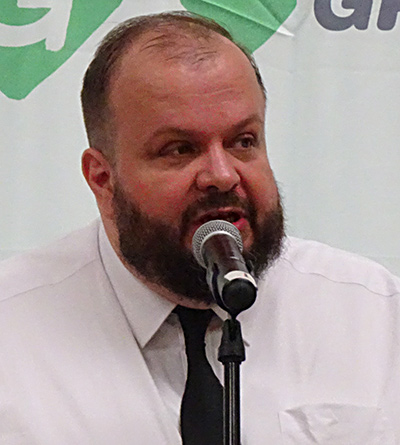 Erin Fox is a professional political consultant and campaign strategist based in Lansing, MI. His achievements in campaign management include a U.S House primary victory. In the last decade, Fox has advised dozens of candidates for political office and managed several sophisticated campaigns.

His professional background includes extensive business management experience, union organizing and entertainment journalism. His work includes service as a Legislative Assistant to the Assistant Leader of the Michigan House of Representatives.

When not engaging in political affairs, Fox enjoys healthy cooking, advancing disability rights issues, studying his Irish heritage, swimming and songwriting. He is a single father of four children and lives with his daughter Aurora and their pet rabbit Marshmallow.