Exciting news from our court case! 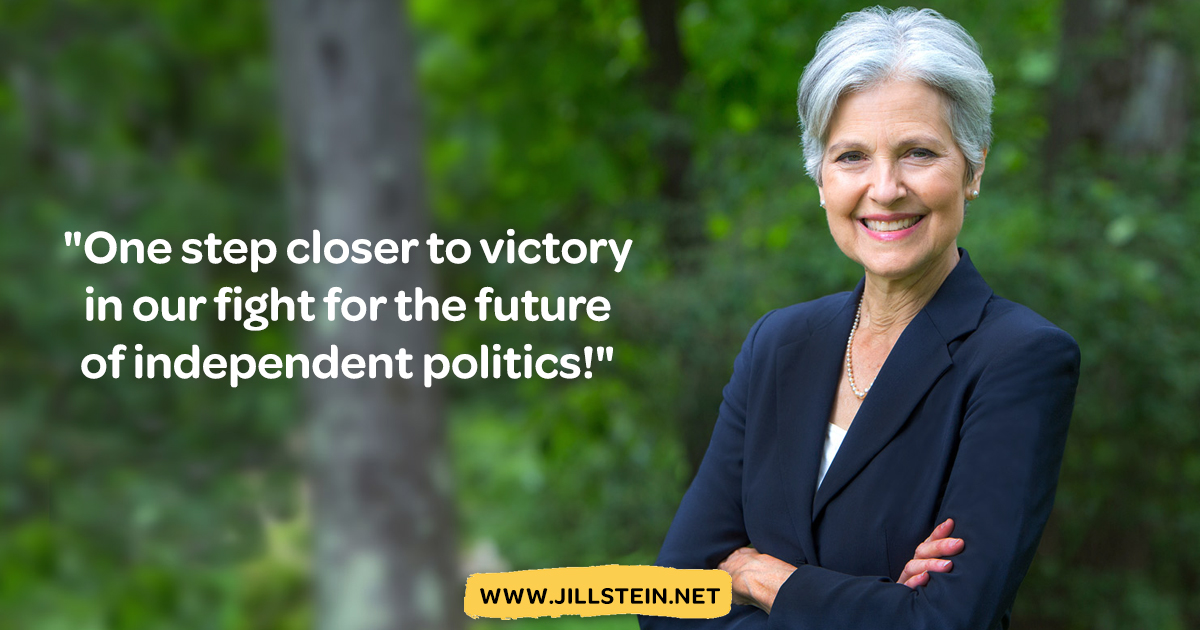 I'm writing to you with great news to report from our court case appealing the FEC's demand that I personally repay over $175,000 in public matching funds that our campaign used to get on the ballot in 2016.

In short, the FEC has been trying to withhold evidence in the record that makes our case. This is the very financial information (statements, receipts, expenditures etc.) proving we don't actually owe this money.

Thanks to the heroic efforts of Attorney Oliver Hall at the Center for Competitive Democracy, who is leading the appeal, the court has now ruled the FEC cannot exclude this critical evidence.

This preliminary win is great news. It brings us a critical step closer to victory in our fight for the future of independent politics! It was made possible by support from people like you.

Now, with our legal brief due next month, the real battle is about to begin. We're almost 90% of the way to our previous fundraising goal, but we still need to raise over $4,000 to be able to pay our current operating expenses, residual debts and assorted legal costs (separate from and in addition to the pro-bono appeal).

Will you pitch in today to help us reach our goal so that together we can defend the future of grassroots campaigns?

Independent politics, as you know, is essential to challenge the bipartisan rule that's brought us crushing inequality, climate collapse, endless war and the growing risk of nuclear annihilation. In the face of these converging existential threats, we cannot allow the voices of political opposition to be silenced.

Towards that end, here's something else I wanted to share with you: a recent interview I did with Sabby Sabs of the Revolutionary Blackout Network where we discussed critical subjects from the war in Ukraine to the persecution of Julian Assange, the assault on press freedom, the struggle for union rights at Amazon and much more. These issues underscore the importance of our fight for independent politics that's critical for challenging the bipartisan consensus producing these crises.

I'm so looking forward to the day when I can be free of this fight with the FEC and go all in once again on what our lives literally depend on: building an unstoppable movement for people, planet, and peace over profit.

I'm extremely grateful for your support that just brought this day one step closer.