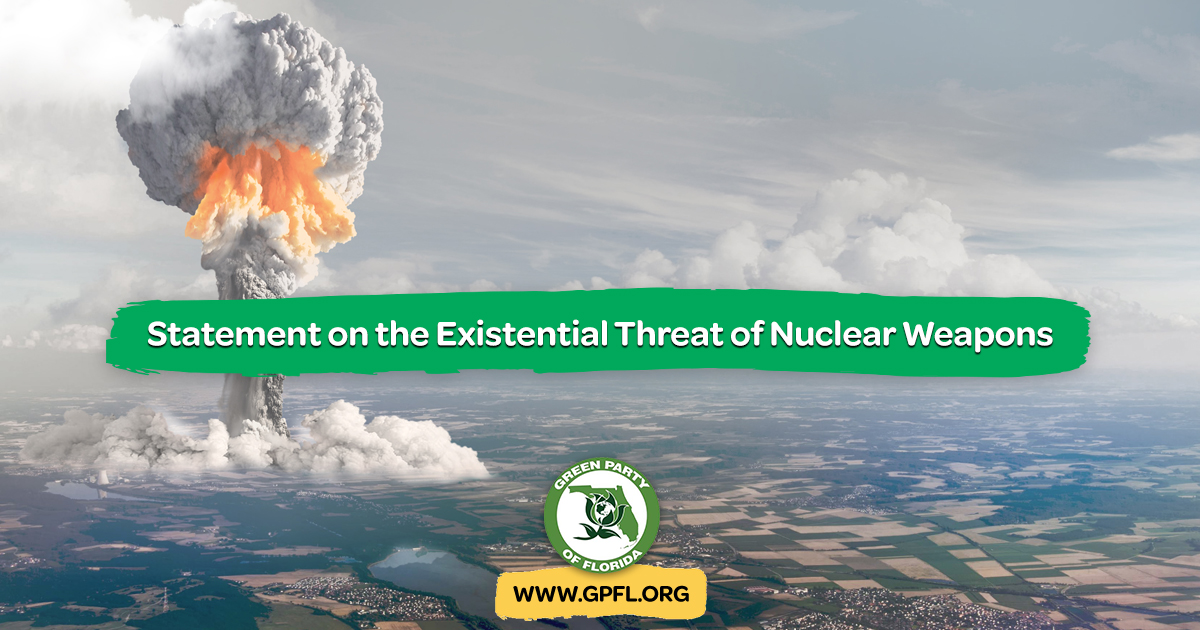 The power to initiate a global apocalypse lies in the hands of the leaders of nine nations, yet their citizens and citizens across the world do have the mass power to create the political will to ban this possibility. As 122 nations of the world indicated when they adopted the Treaty on the Prohibition of Nuclear Weapons (TPNW) in July, 2017, it is unacceptable that these few leaders of Nuclear Weapon States should hold such destructive power. We must jointly act to avert catastrophe.

As concerns about the threat of nuclear weapons re-enter the public consciousness, particularly with the war in Ukraine, it is important to know that humankind is not without an answer to the nuclear threat. The Treaty on the Prohibition of Nuclear Weapons, which entered into force on January 22, 2021, provides a clear pathway to the elimination of the nuclear threat.

The Green Party of Florida
www.gpfl.org

On the second anniversary of the TPNW Entry into Force (EIF) Florida Greens call on the United States and all nuclear armed states to take immediate steps to:

We also call on the US media to recognize the existence of the Treaty on the Prohibition of Nuclear Weapons and to include the Treaty in discussions, articles, and editorials regarding the nuclear threat and methods available to address it.

To learn more and to take action, see

Join us at [email protected] and www.gpfl.org.