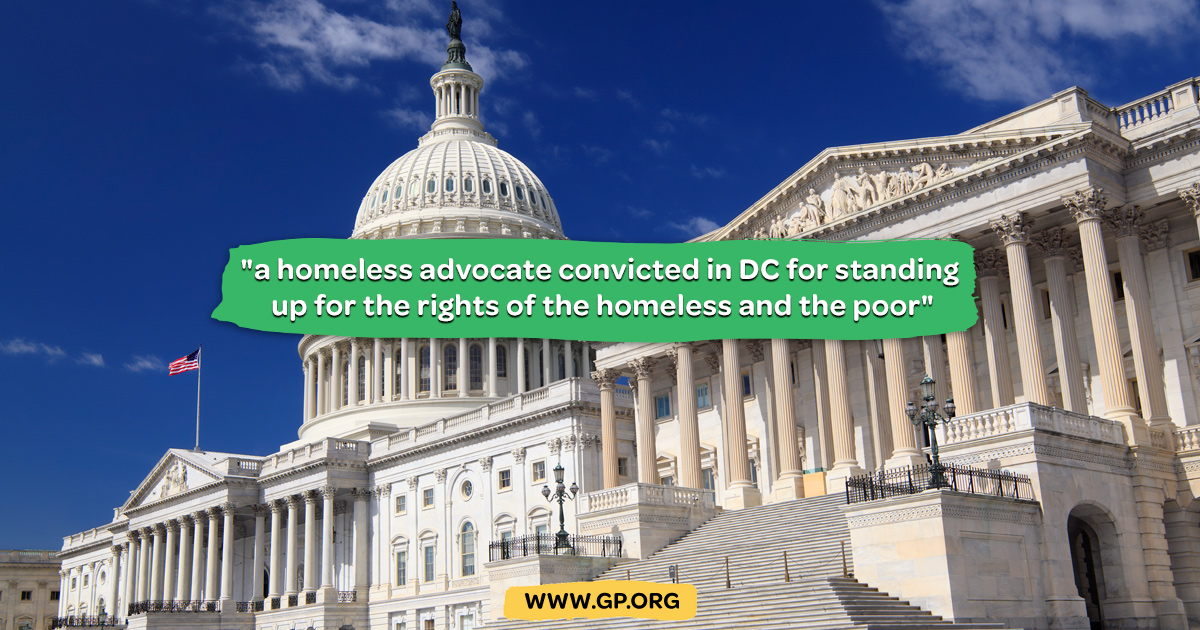 WASHINGTON D.C., June 10, 2019 – In the case United States v. Honkala, defendant Cheri Honkala, international anti-poverty and housing activist, was found guilty of unlawful entry of Housing and Urban Development (HUD). The Poor People's Economic Human Rights Campaign (PPEHRC), of which Honkala is the founder, condemns this attack on free speech and the right to petition our government, and the silencing of dissent.

On June 11, 2018, Cheri Honkala led over 100 people from across the country on a march from Philadelphia to D.C. to commemorate the 50th anniversary of Martin Luther King's Poor People's March. The 2018 "March for Our Lives" was an effort to redress grievances regarding Hurricane Maria and the resulting housing crisis that followed and continue within Puerto Rico and the mainland United States.

Honkala was arrested and later charged with unlawful entry after attempting to speak with Housing and Urban Development authority in a public building with the intention of preventing greater harm and humanitarian crisis.

After a 3-day jury trial, Honkala was convicted of this misdemeanor 1 offense, and the judge sentenced Honkala to "time served." The verdict sets a dangerous precedent for people attempting to "petition the Government for a redress of grievances," as is clearly protected by the 1st Amendment of the Constitution of the United States.

"Any time the judge says that 'you don't have the right to say the 1st amendment in your closing,' the irony to that is amazing," said Cheri's attorney, Gregory Copeland. "I cannot say how embarrassed I am in the nation's capital that we convicted a homeless advocate for standing up for the rights of the homeless and the poor."

Honkala spoke to PPEHRC members outside the courthouse, her tears mixing with the rain falling. "My tears are mostly because I'm sad that we live in a country where we can find people guilty of just trying to address our government, for the deaths that happened in Puerto Rico and the taking away of housing and the basic necessities of life for people in our country." She continued, "This also needs to be a serious warning for anyone that is fighting for human rights in this country."

"The only thing that Cheri is guilty of is having a heart, having compassion, guilty of telling the truth, guilty of being a fighter for those that are disenfranchised," said Pastor Keith Collins, of Church of the Overcomer. "We need more soldiers in this fight because this is the state of the country right now. It's time to get into the street and put our funds where our mouth is."

Honkala will appeal the case. PPEHRC and other organizers will be meeting to discuss how to organize a response to this injustice. The meeting will be held at PPEHRC's office on Wednesday June 12, from 5-7pm, at 1505 W. Allegheny Ave in Philadelphia, PA, all are welcome.