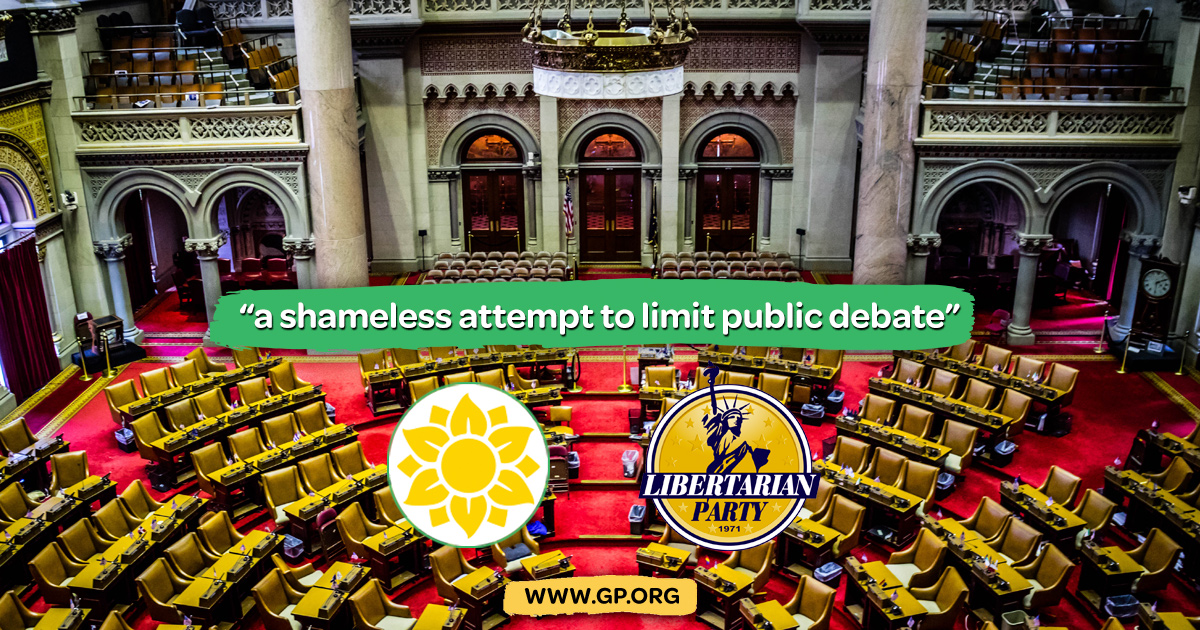 NEW YORK, NY (WCBS 880) — There's an unlikely alliance between the Libertarian and the Green Parties in New York State, both fighting new rules they think might box them out of future elections.

It's not often you see leaders of the Libertarian Party and the Green Party sharing a podium, but that’s exactly what happened recently, according to WCBS 880’s Steve Burns.

Rosenbeck says the new rules set up by the Public Campaign Financing Commission are insulting to New Yorkers.

“We find it to be a shameless attempt to limit public debate,” he said.

In order to have full ballot status parties need to receive at least 50,000 votes in governor's races.

The new rules raise that threshold to a 130,000 votes, or 2% of total turnout – whichever is higher.

Those totals have to be attained every two years instead of every four.

Green Party of New York Co-Chairman Peter LaVenia says they'll likely be knocked off the ballot in the next two years over the changes.

“We’re looking at this as an assault on democracy,” he said.

The two parties are filing a joint lawsuit against the commission.

State lawmakers could reconvene and change the rules, though that prospect is looking increasingly unlikely with a deadline at the end of this week.