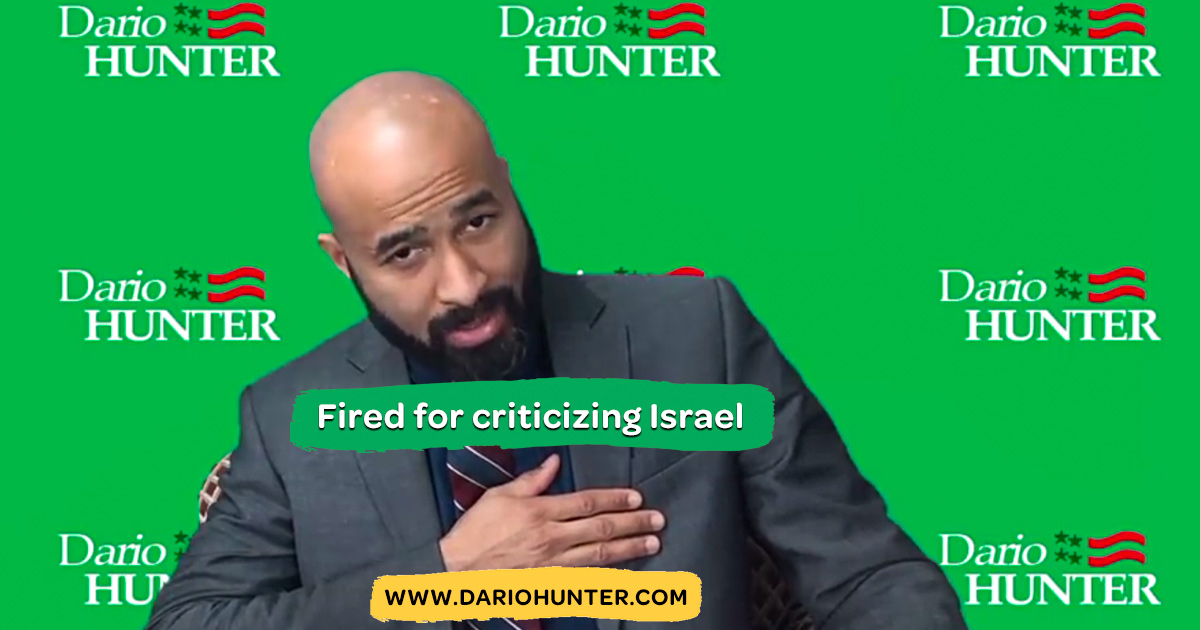 A rabbi in Youngstown, Ohio, who is running for the Green Party’s presidential nomination, was fired from his part-time job as spiritual leader of a local congregation because, he says, of comments he made criticizing Israel.

Dario Hunter, in an interview published on Feb. 19 on Cleveland.com about his bid for president of the United States, had said that the United States should stop providing any aid to Israel because of its’ “horribly atrocious” treatment of Palestinians.

“I do not believe the United States should be providing any form of aid to Israel or any human-rights abusers,” Hunter told the reporter.

But Congregation Ohev Tzedek-Shaarei Torah co-president Neil Yutkin told Cleveland.com that Hunter wasn’t being fired because of his Israel comments, but because of concerns that his presidential campaign would take up too much of his time to perform his job as a rabbi.

Hunter is the son of an Iranian Muslim father and a black Christian mother, who first underwent a Reform conversion to Judaism and later converted Orthodox. He was ordained by the non-denominational Jewish Spiritual Leaders Institute, an on-line rabbinical school.

He won a write-in campaign for Youngstown school board in 2015 and joined the Green Party last year. He also is a member of Jewish Voice for Peace.

Jill Stein, the Green Party’s nominee in 2012 and 2016, has indicated she doesn’t plan to run again.

“I have that background that speaks to all of the issues of fundamental fairness and justice that the Green Party espouses – an openly gay black Jewish man who’s the son of an immigrant,” Hunter told Cleveland.com.

Hunter also works as the Coordinator for Jewish Life and Intersectional Programming at the College of Wooster and is a volunteer chaplain at the Ohio State Penitentiary.