South Glens Falls candidate would be a first for board 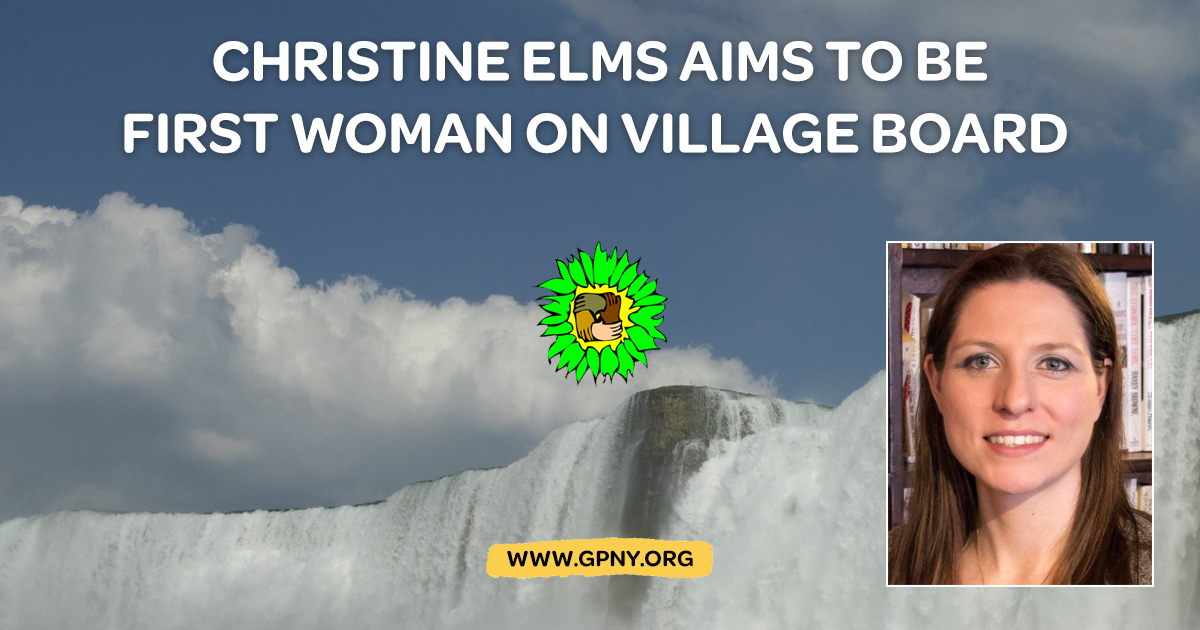 SOUTH GLENS FALLS, NY — A Green Party candidate is poised to become the first woman on the Village Board. Christine Elms, 30, ran last year and came in third, just missing a seat on the board.

This year, she's the only one on the ballot for the special election on March 20. Other names can be written in on Election Day, so she is not guaranteed to win.

The election will be held at Village Hall, from noon to 9 p.m.

Elms is running on a platform of bringing a new perspective to the Village Board.

"Bring some different ideas," she said. "I keep hearing people say they want change. I'm hoping to bring that change."

She's not coming with her own agenda, though. Instead, she's taking note of what residents say they want.

"That's why I love door-knocking so much. You learn the issues people are having," she said. "I think it's important as an elected official: You're the voice of the people."

Elms grew up in Moreau and graduated from South High. She works at the Adirondack Pub and Brewery in Lake George.

She decided to get involved in politics after the last presidential election.

"Bernie Sanders' campaign really spoke to me and woke me up," she said.

"And I realized, these are my people," she said.

She particularly likes the party's anti-war stance and its ban on corporate campaign contributions for party members, as well as the party's support of environmentalism.

In the village, there's only five Green Party members. Elms held the caucus in her apartment last year and again for the special election.

After last year's loss, the other local members encouraged her not to give up and chose her to try again.

"This special election is a good way to get my foot in the door," Elms said. "If I win, I'll keep open lines of communication. Communication and transparency are the big things for me."