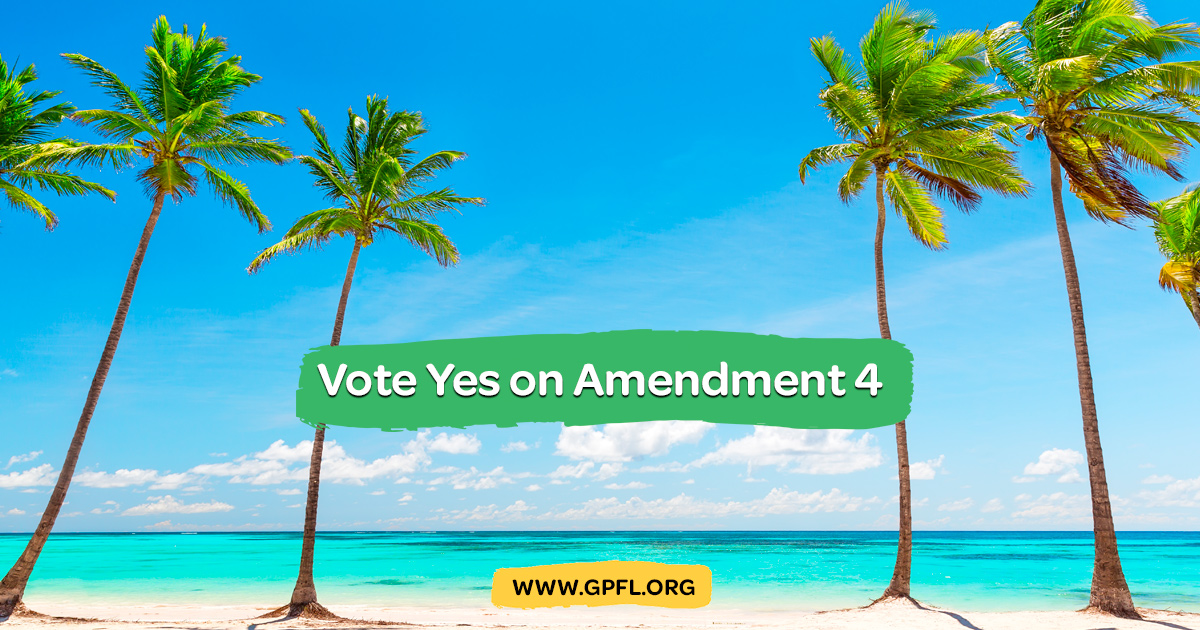 "This is the most important vote you can make this year."

Florida is one of a handful of states that bars anyone convicted of a felony from voting for life — by far the largest state doing so. Florida's voting prohibition is the most powerful disenfranchisement mechanism in the country, with 10% of Florida adults currently so barred.

The Green Party of Florida strongly supports Amendment 4 to the Florida State Constitution, which would automatically restore voting rights to any felon who has completed their sentences and paid all restitutions, provided their conviction was not sex-related or for murder.

This citizens initiative was added to the November 6, 2018 Florida ballot through a signature campaign. Passage will require a 60% "Yes" vote.

The Green Party of Florida believes the right to vote is sacred. The lifetime voting ban was written into law for nakedly racist purposes shortly after the Civil War. It has had a corrosive effect on citizen political participation in our state, and negatively impacts numerous elections from the local to the national level.