Free speech is not a crime! 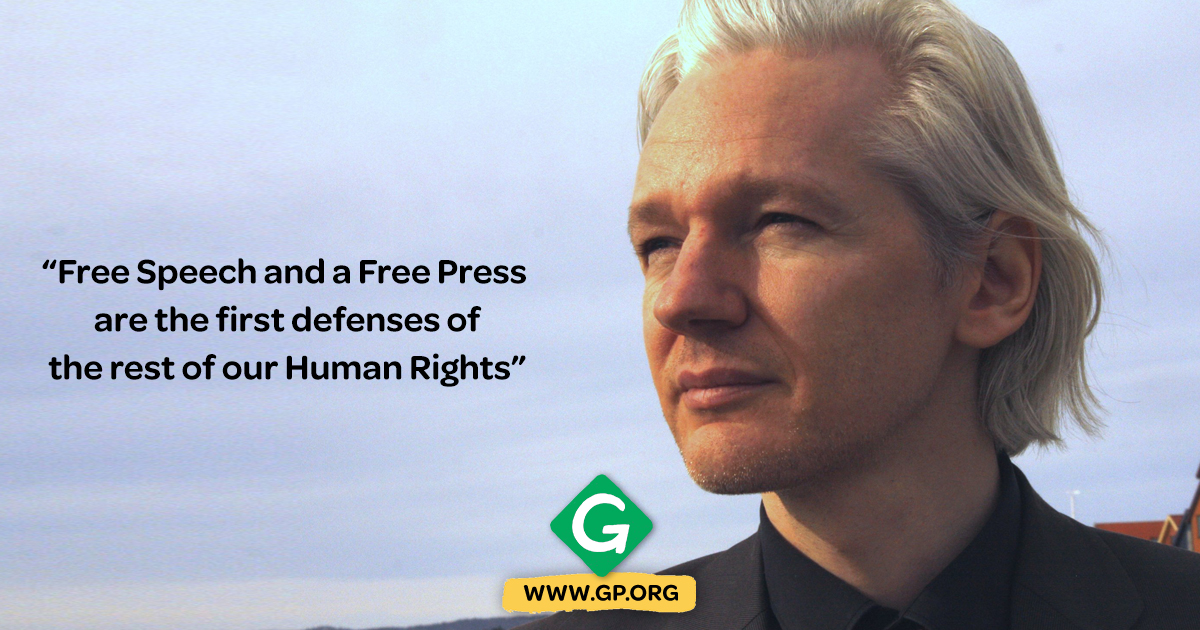 How shameful is it that, on Human Rights Day of all days, we find out the UK courts have moved one step closer to handing over Julian Assange to the United States — a country whose leaders have expressed a desire to assassinate him?

The years long-persecution of Assange, led by White House administrations from both corporate parties, has not only caused Assange immense suffering for his innovative journalism — it endangers press freedom and democracy in three grave ways. 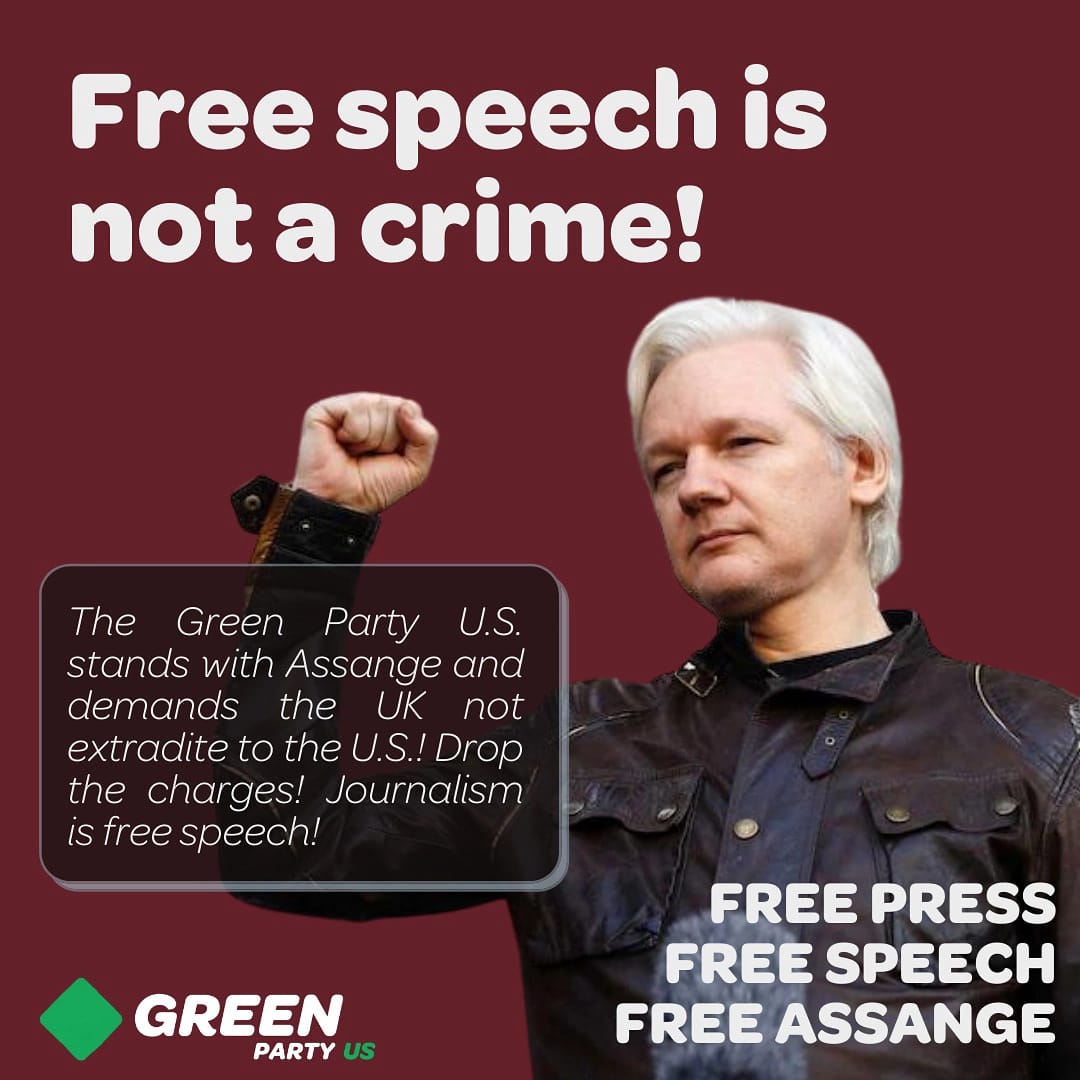 Free speech and a free press are the first defenses of the rest of our human rights. Give to the Green Party today so we can end the war on whistleblowers, together. Reality Winner, Edward Snowden, Chlesea Manning and so many more have sacrificed so much for our democracy.

As a Green, I'm proud that I can invite you to watch this video of Julian Assange addressing our 2016 Presidential Nominating Convention. It's a testament to our commitment to Grassroots Democracy. Please give today so we can make Grassroots Democracy a reality.

Peace,
Michael O'Neil
Communications Manager
Green Party of the United StatesP.S. Many thanks to our Media Committee volunteers for the graphic featured in this email! If you find it as inspiring as I do, please share it on Facebook. Click on this graphic to view and download at full size.