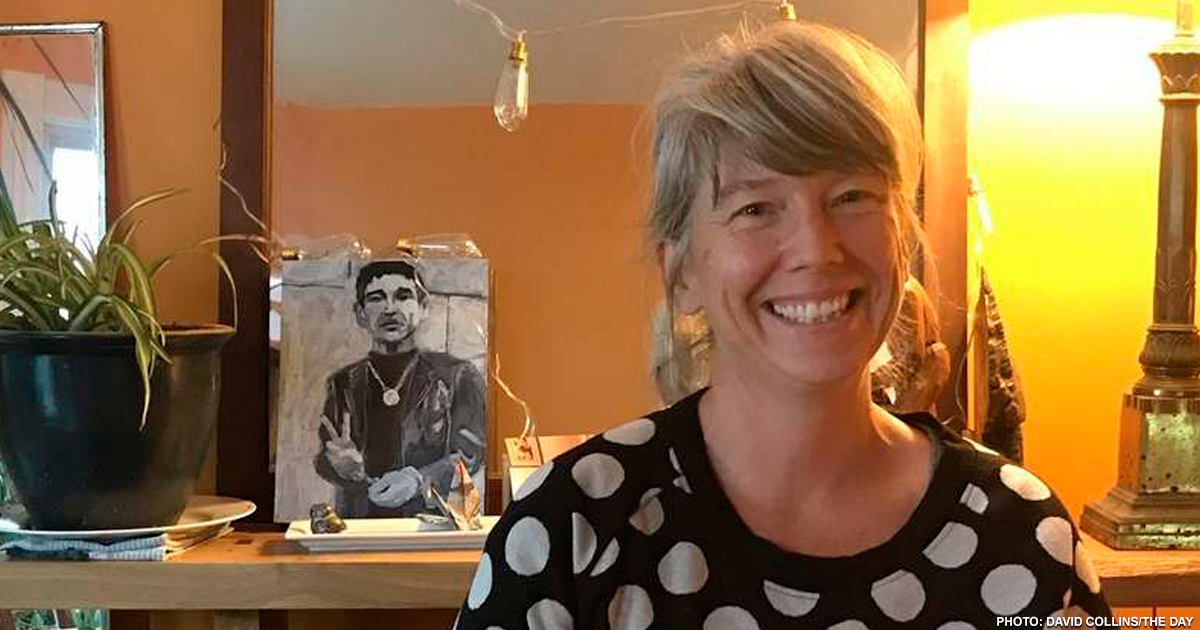 If, like me, you've been waiting for some fresh air and new ideas for New London politics, look no further than Green Party mayoral candidate Frida Berrigan.

After spending a couple of fascinating hours chatting with Berrigan at her dining room table in her family's cozy house on a dense block of Connecticut Avenue, I came away with a new sense of enthusiasm for New London, a chance for a clean break with the monolithic single-party politics that has guarded the city's stagnant status quo for so long.

Berrigan is as unlikely a candidate for New London mayor as you can imagine. She is the daughter of Philip Berrigan and Elizabeth McAlister, a former priest and nun who became famous for their protests against war and nuclear weapons.

Her charming and witty memoir, "It Runs in the Family: On Being Raised by Radicals and Growing into Rebellious Motherhood," helps explain how her life evolved from working with a peace-oriented think tank, writing and helping the poor in New York City to being a stay-at-home mom in New London, raising three kids while volunteering and working part-time with local nonprofits.

She notes she doesn't have big management experience, but adds that the current and last mayor didn't, either, when they took office.

Indeed, her unorthodoxy is her political calling card.

The current big-party dynamics, she said, is largely about men about the same age, with the same complexion and from the same neighborhood, squaring off with similar positions on many of the same topics.

Berrigan, instead, talks about the city's population drain and the grim statistics about the low rate of homeownership, a ranking that leaves New London at the state's bottom. She is working with a developing new nonprofit, the Community Land Trust, that is already finishing its first homeowner project, on Prest Street, to create a revolving fund to help people buy their first house.

She said she would like, as mayor, to open a new community dialogue with the big institutions, including the colleges and hospital, that don't pay taxes and employ so many people, many at management level, who don't even live in the city.

She didn't level much direct criticism at Mayor Michael Passero, but she suggested it is distressing that so many of his department heads don't live here, despite a provision in the city charter that they must.

"It sends a message that New London is not good enough for me," she said.

Despite her family's tradition in peace activism, she is sanguine about the city's largest employer being a weapons manufacturer, adding she could certainly "co-exist" as mayor with Electric Boat.

But like the city's other large institutions, she believes the defense contractor "should act more like they are part of the community."

She said she can't imagine drawing all of the mayor's $110,000 salary. She would like to direct more city money to schools and less to the fire department, with its many firefighters who don't live in the city.

She would like to make Fort Trumbull a neighborhood again, instead of trying to lure big investments from out of town. She is surprised the redevelopment agency that was "an end run around democracy," destroying a neighborhood, still exists.

She wants the city to have a real youth center.

Berrigan said her mayoral campaign grew out of a recruitment campaign by her friends in the Green Party. She adds she was also moved to do something after a "moment of disconnect" in the spring.

Having come from a volunteer stint with the food pantry, where people, many of the city's working poor, waited hours for some basic food staples, she attended the mayor's "Live Work Invest" forum at the Garde Arts Center, staged to attract the next big development that never seems to happen. The memory of the contrast between the largely white crowd, mostly men, with their "razzle dazzle" and the people waiting hours for food staples just blocks away, was hard to shake.

Berrigan was planning to start door-to-door campaigning this weekend. She says the Green Party has set a goal of increasing voter turnout this election. Only 3,300 voted in the last mayoral race. They would like to grow voter registration in all parties and increase the total number of registered Greens from 70 to 100.

Their election strategy is to go after unaffiliated voters, whom she said are about as strong in number as Democrats.

Berrigan's move to New London in 2010 was part of a love story. She met her husband, Patrick Sheehan-Gaumer, from a family in Norwich involved in peace activism, in New York. After deciding to marry, they settled on living in eastern Connecticut because his daughter lived here.

Their marriage was featured in a story in the New York Times, on what used to be called the "society" pages, Berrigan giggled.

She and her husband have had two children together.

Berrigan lights up when she talks about New London, the only place where she says she has felt a part of a community. She has proven herself a valuable part of that community with a lot of volunteerism and hard work.

Have a listen as the campaigns roll into full swing this fall. You'll be impressed, and certainly charmed, I promise.