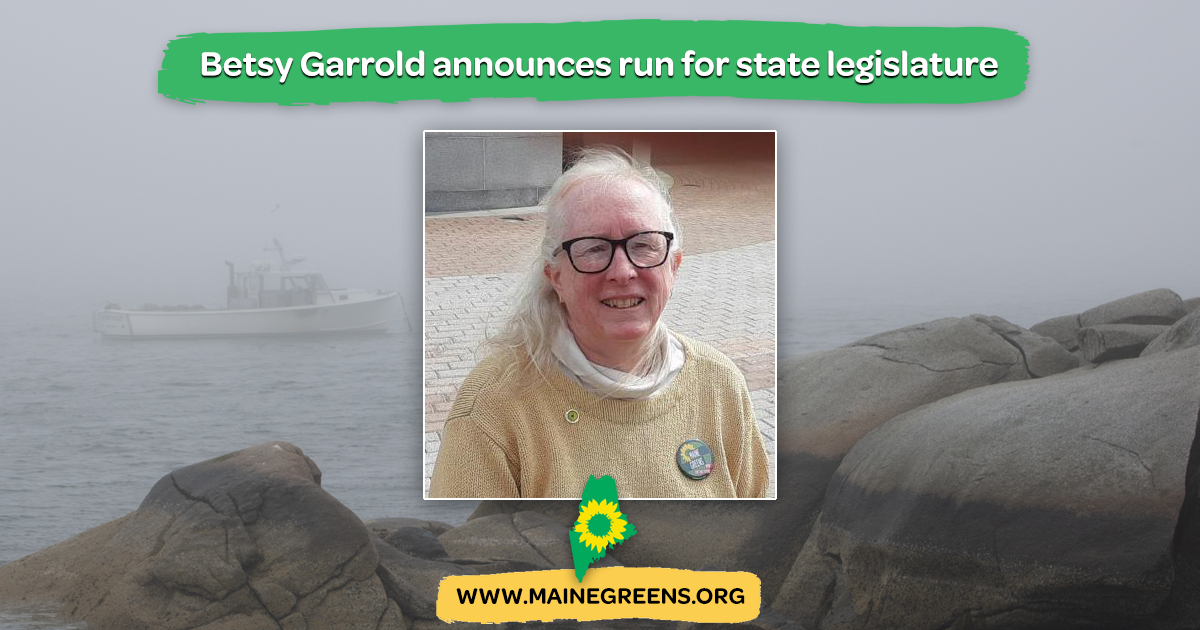 KNOX, ME — An advocate for small farms and local food, whose 30-year career as registered nurse and midwife took her from Searsport to halfway across the Pacific Ocean, is a candidate for Maine legislature to represent nine Waldo County towns.

Heather "Betsy" Garrold is the first member of the Maine Green Independent Party to announce for Legislature this year, according to a news release.

She will run in the newly designated House District 38 to represent the town of Knox, where she lives, along with eight other Waldo County towns: Brooks, Thorndike, Unity, Jackson, Waldo, Monroe, Swanville, and part of Frankfort.

As President of Food for Maine's Future, she was part of the group that pushed for the passage of the Food Sovereignty Act of 2017. She also worked with the political action committee that successfully passed the Right to Food Constitutional Amendment this past November. She has served as both a citizen and a paid lobbyist in Augusta around several local food issues.

Garrold is past Vice President of the National Family Farm Coalition, where she worked with farmers and ranchers across the country protecting small family farmers from the overreach of the corporate food monopolies.

A Maine Green Independent Party Co-Chair for several years, Garrold first ran for the Legislature in 2002. In 2006 she worked across party lines as an active campaigner in both Pat LaMarche's Gubernatorial campaign as a Green and Jean Hay Bright's Democratic race for U.S. Senate. In 2016 she was the ground campaign director for New England and Delaware for the Jill Stein for President campaign.

Growing up in Searsport, Garrold was a teenage Republican and voted for the first time on her 18th birthday. She graduated from Searsport High School, the University of Maine and Case Western Reserve University with degrees in nursing.

As a member of the United States Public Health Service Commissioned Corps, Garrold served in the Marshall Islands and later was transferred to work at clinics in inner city Cleveland, Ohio.

Garrold and her son returned to Maine in 1999 to a piece of land she homesteads to this day in Knox. Now retired from nursing, she has devoted herself to volunteer work and food sovereignty activism.

In keeping with her focus on local people having access to local food, Garrold volunteers at the Jackson Food Pantry and helps run the seedling project for Waldo County Bounty. She is a past board member of the Marsh River Co-op, the Belfast Co-op and Fedco Seeds. She currently sits on the board of the Farwell Project in Thorndike.