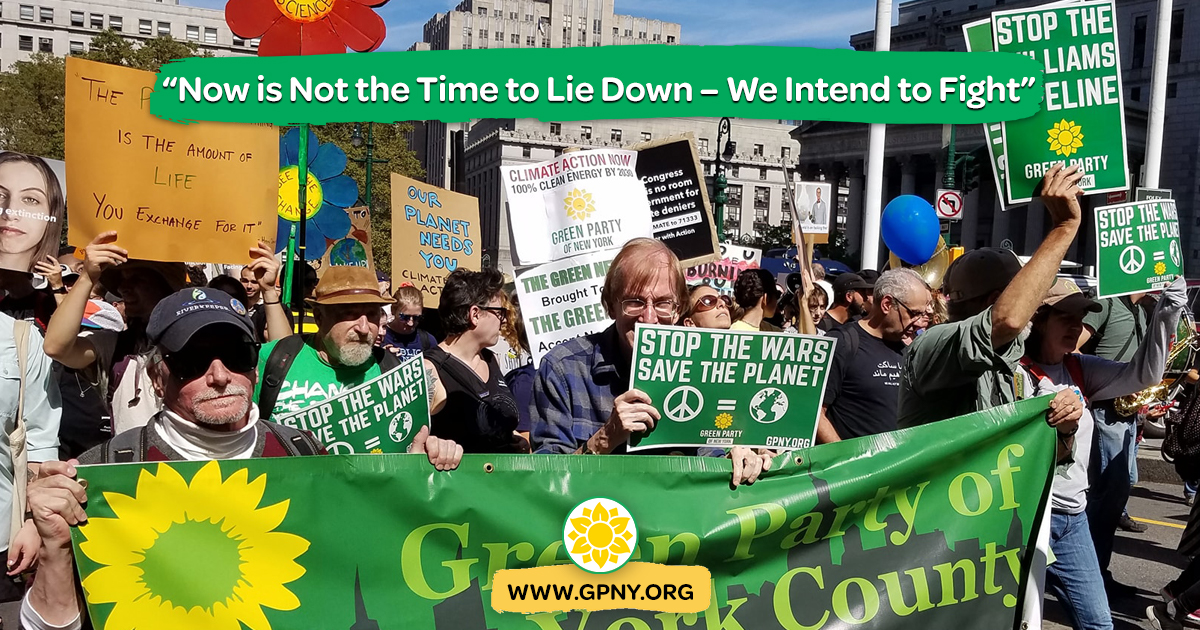 The Democrats spent the last four years demonizing the Green Party. They blamed us for their failures.

They told lies about Jill Stein acting like a Russian tool. We saw how they undemocratically kicked us off the ballot in state after state, but continued to cynically whip up hysteria about a vote for Green candidates.

Then, the coup de grace: Gov. Andrew Cuomo and the Democratic Party rammed a change to election law into a pandemic budget, one that tripled the amount of votes we needed to retain ballot access.

They wrote the law so it would kick in this year, seven months after they passed it.

Now is not the time to lie down – we intend to fight. But we need your help.

Donate to our Save the Green Party fund!

We’re going to take this fight to court - and we’re going to win. A judge already struck this law down once. We’re confident they will again.

But we need your help. Please donate so we can continue the fight.

Get involved. Get in contact with your local Green chapter. We’re going to keep building an independent, ecosocialist party that fights for single-payer healthcare, a real Green New Deal, and grassroots democracy.