Get Out The Green Vote in the June 5th Elections 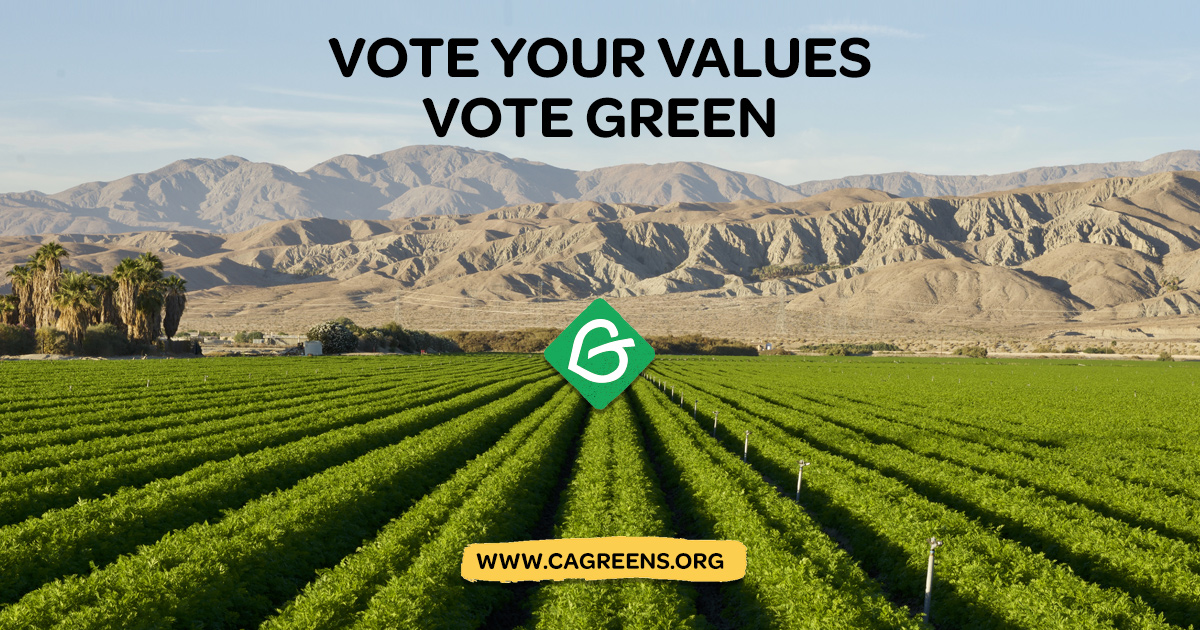 The Green Party of California invites you to change the heart of politics!

We need YOU to Get Out The Green Vote and spread the word about our Green and Corporate-free candidates who will fight for ‘We the People’.  For the first time in its long history the Green Party of California is endorsing other non-corporate candidates from other non-corporate parties with the spirit of a Green/Peace & Freedom Progressive Alliance! Be sure to find our candidates on the ballot and ask your friends to do the same!

Josh's platform is based on two principles: maximize equality of opportunity and minimize harm. He was an activist in Occupy, and is the only California Gubernatorial Candidate to have taken a lead role in Bernie Sanders' campaign, having founded Davis for Bernie Sanders. Josh has since joined the Green Party to fight for human rights, worker's rights, labor rights and environmental rights.

For details on state propositions, see pages 1 and 10 of the Green Party of Alameda County Voter Guide.

The Candidates listed here have all qualified for the ballot unless otherwise noted as write-in candidates. The Green Party of California only endorses Statewide candidates (as noted below) therefore inclusion on this list does not imply endorsement.

Now is the time…

This is a critical time in our nation’s history and this election cycle.  The decisions we make today will affect generations to come.  We must elect true progressives across the ballot to help protect the people and the planet from the devastation to our society wrought by corporate-based politics!

***Get involved today by volunteering, donating, becoming a monthly GPCA Sustainer or by clicking on and supporting the above candidates, who will lead the charge to a brighter, greener future for California!***