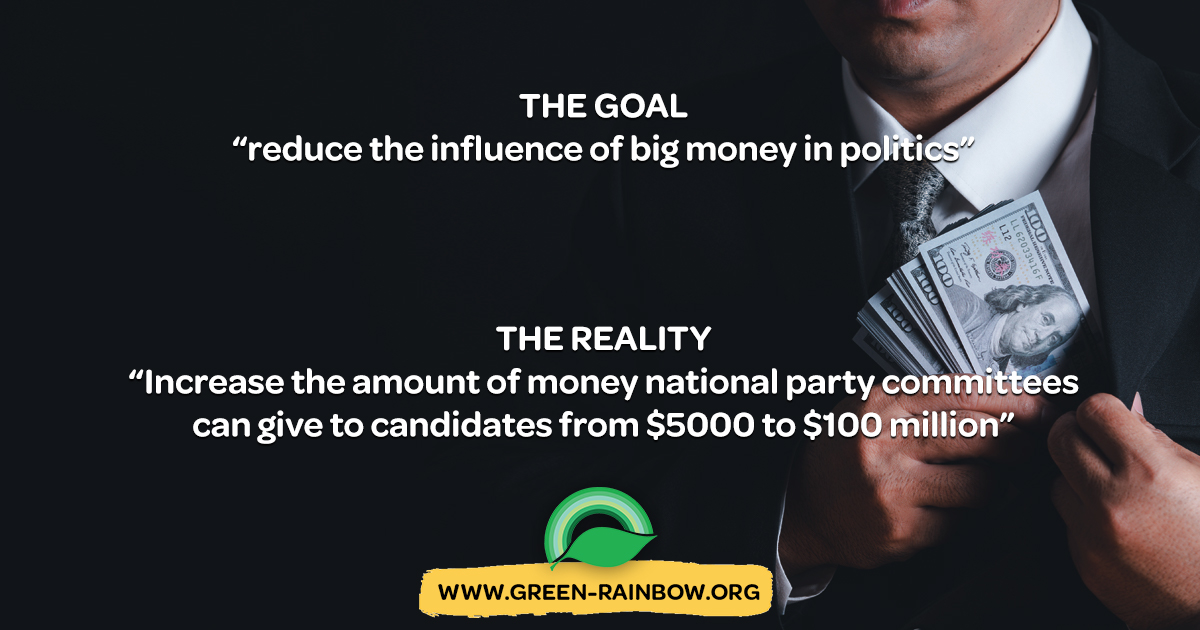 S.1, also known as the "For the People Act," is sold as a way to get money out of politics and to protect voters, but it contains several poison pills for democracy and opposition parties like the Green Party. Most alarmingly, HR1 quintuples the amount of money Green presidential campaigns will be required to raise to qualify for federal matching funds: from $5,000 in each of 20 states to $25,000 per state.