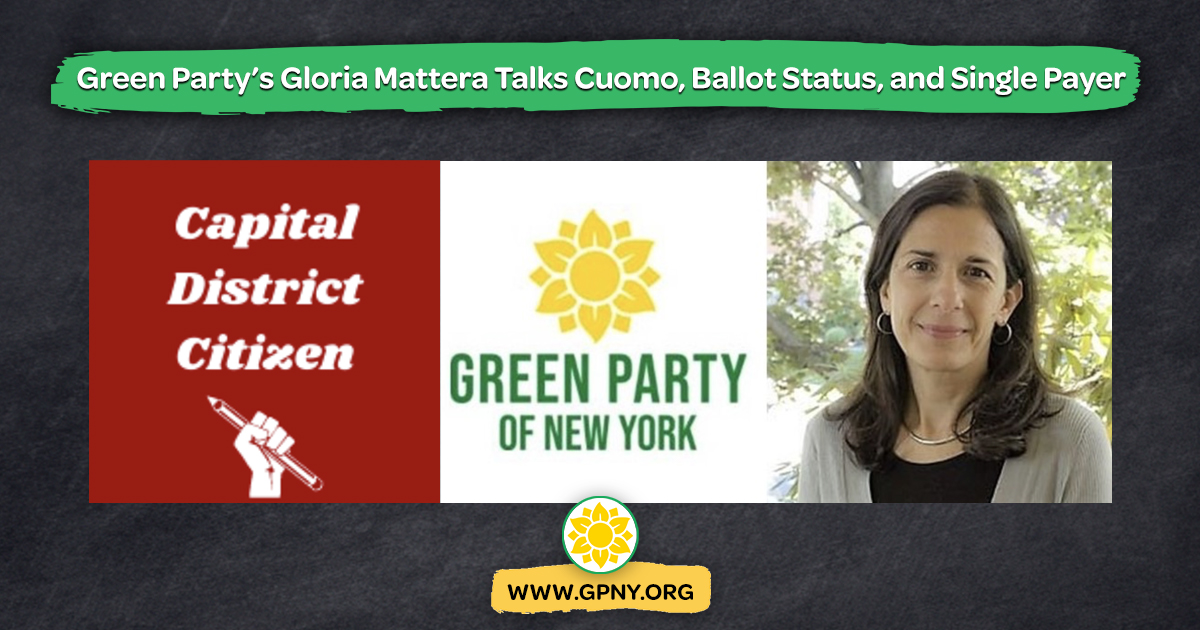 Cuomo’s gubernatorial administration has been plagued with scandal and corruption for the last ten years, since he took office in 2011 (after being elected in 2010). Cuomo and his administration is a good example of everything that is corrupt and rotten within the Democrat Party here in New York State. We have mentioned before that one of the reasons why New York is such a corrupt state is that, beyond being a one-party state, it has an atrocious government ethics system. There is no real independent ethics or anti-corruption entity within New York State government. The fox is truly guarding the henhouse here, as full implementation and operation of the current government ethics system would require Democrats to actually have ethics and thus turn on and investigate each other. So of course, instead of that, they just do not do anything as the corrupt wash each others backs. And this intraparty corruption occurs between the federal and state governments as well, as represented recently by the Biden administration dropping the Justice Department’s investigation into one of Cuomo’s other recent scandals around COVID nursing home deaths. In short, it is rare that any Democrats in New York ever face any serious consequences for their corruption, let alone jail time. And of course, the unwillingness of the Democrats to do anything about corruption and government ethics is showcased by the fact that despite having complete control over New York State government and a supermajority in the state legislature, they remain adamantly opposed to passing any legislation to improve the State’s government ethics situation.

One of the most amazing things about the current scandal is that it has actually been pursued by the State’s Democrat Attorney General, Letitia James, though she has declined to prosecute Cuomo at the State level. It is one of the rare cases of a Democrat turning against a fellow Democrat, however limited it was. James was crucial to investigating the corruption, fraud, and cover up perpetrated by the Cuomo administration regarding nursing home deaths from COVID. James has also been crucial in pursuing the myriad sexual harassment accusations against Cuomo and concluding that some of them do constitute criminal actions. While there are certainly some on the Left that dismiss these and all other sexual harassments allegations outright on the grounds that there is supposedly nothing progressive about them and that they do not further the interests of the working masses in that they are individualistic and identity politics based and thus do not expose the criminality of capitalism itself. That is of course an anti-feminist position and thus is a somewhat reactionary position in wholesale dismissing harassment complaints and denying the rights of female (and male) workers to live and work in a world free from sexual harassment and sexual violence. But such critics do make two important points so we should not completely throw out their idiomatic bath water. The first is that due process must be maintained, and that accusations, investigations, and condemnations should be evidence-based. While I am certainly not against calls for Cuomo to resign, that should not take the place of a thorough criminal investigation and evidence-based prosecution of Cuomo where he has broken the law in this area (and all other areas). Secondly, such critics are correct to point out, as I even did above, that there is no shortage of corruption and criminality within capitalist politics. Thus, the narrow pursuit of sexual harassment complaints and sex scandals by the establishment political class also functions to draw public attention away from all of the other corruption and criminality perpetrated by Cuomo himself and the entire rest of the capitalist ruling class. Again, the critique is that the (supposedly) exaggerated pursuit of these minimally criminal activities like sexual harassment keeps popular consciousness on Cuomo the individual, and does not elevate popular consciousness about the structural criminality and exploitation intrinsic to the entire capitalist system.

As an update, today (August 10, 2021) Cuomo announced that he will be resigning as Governor of New York, effective two weeks from now. The State’s Lieutenant Governor, Kathy Hochul, will officially become Governor at that time. At least for the moment, it appears that criminal proceedings will continue against Cuomo. Thus it is worth emphasizing again that socialists should support the criminal prosecution of Cuomo on not merely the sexual harassment claims but on all of his crimes and all of the crimes of the ruling class. Socialists should also demand a rigorous investigation of Cuomo’s corruption and criminality throughout his decade long administration, and demand that he and his associates be prosecuted for those crimes as well. Cuomo’s resignation is not in itself a victory, as a resignation without a prosecution and committed campaign of exposing criminality throughout the capitalist system is merely a way of sweeping Cuomo’s and the ruling class’ crimes under the idiomatic rug. The goal of socialists should be to build a mass movement to expose the criminality of the capitalist class and how it is inherent to capitalist governance and the entire economic system. Socialists must continue to push for a mass movement against the type of status quo politics in New York and demand most immediately significant reforms to the State’s government ethics system and then ultimately the overthrow of the entire capitalist system. In its place the working masses must build socialism as direct and democratic control by workers and communities for the fulfillment of their needs.