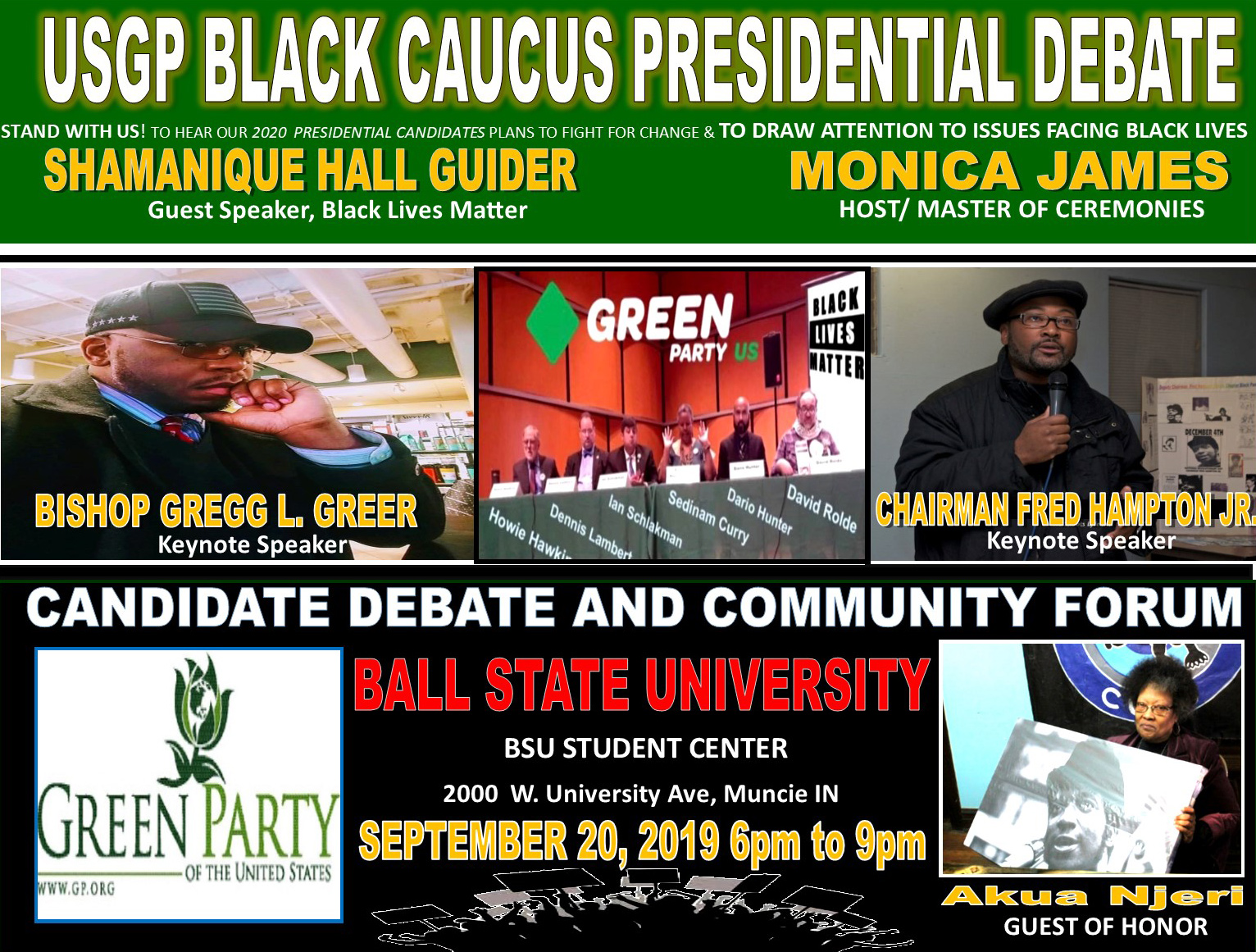 MUNCIE, In – On Friday September 20, 2019 at 6:00 p.m. National Community activists and Green Party leadership will meet for their Midwest USGP Black Caucus Presidential Candidate 2020 Debate at Ball State University. In addition to the Debate a strong emphasis at the forum will be on speaker presentations to highlight community concerns over issues that effect African American and communities of color.

Speakers for this years lineup will be: National Activist Journalist Bishop Gregg L.Greer. Bishop Greer has lead and fight for some of the major civil rights cases in America including Tamir Rice, George Stinney Jr (Manning South Carolina) and Multiple Chicago Community Violence and Police Brutality Issues. Bishop Greer is an journalist who has contributed to Huffington Post, Daily Kos, Black American World News and others.

Also, speaking will be Shamanique Hall Guider a well noted Indian community activist from Black Lives Matter who works with college students, concerned clergy and more to raise awareness and stand in solidarity with the movement for black lives across the country

"Our goal is to Liberate our people and to give them access to information that they may not routinely have and also help people in communities understand that we need ongoing effort to help to draw attention to the issues of people of color including African American, Latino and others. The Green Party Presidential Candidates of the 2020 campaign are all paying attention to the the current issues in America who we can change the current narrative. That's why this event is being hosted and promoted by the Green Party.," according to Monica James, the main organizer of this forum.