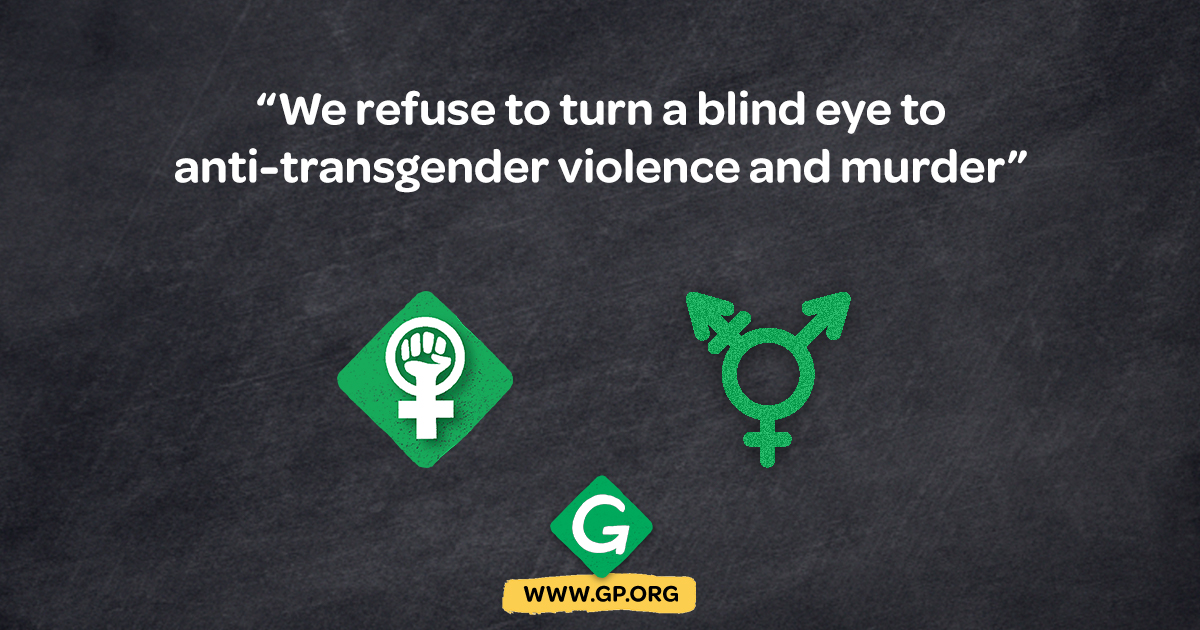 The Green Party National Women's Caucus (NWC) presented a webinar on Sunday, November 20th, 2022,  supporting Transgender Day of Remembrance (TDOR).  Speakers addressed gender diversity, TDOR and the issues it addresses, and why all of this is important for the Green Party.

The TDOR event aligns with the Green Party of the United States (GPUS) pillars, values and platform -- specifically our commitments to Peace/Nonviolence, Upholding Feminism, Social and Economic Justice and Equity, and Gender Self Determination. The NWC speaks out against anti-transgender violence and murders and affirms its support for freedom of gender identity and expression.TDOR is a worldwide event observed on November 20th every year. The goal is to raise awareness about discrimination and violence directed against transgender, intersex, non-binary and gender-nonconforming people with a memorial service to commemorate the lives of people killed each year, and to join in solidarity with transgender, intersex, non-binary and gender nonconforming people and their friends, allies and supporters. We strive to make the world a more safe and accepting place for people of all gender identities and expressions.

The NWC stands for the rights of ALL women, including transgender women and opposes hate and violence in all its forms. Addressing oppression for one group should not come at the expense of another. The NWC believes in free and safe gender expression and stands with our transgender and gender non-conforming sisters, today and always!

Go here to join the National Women’s Caucus or to learn more about us. Donations are also appreciated.