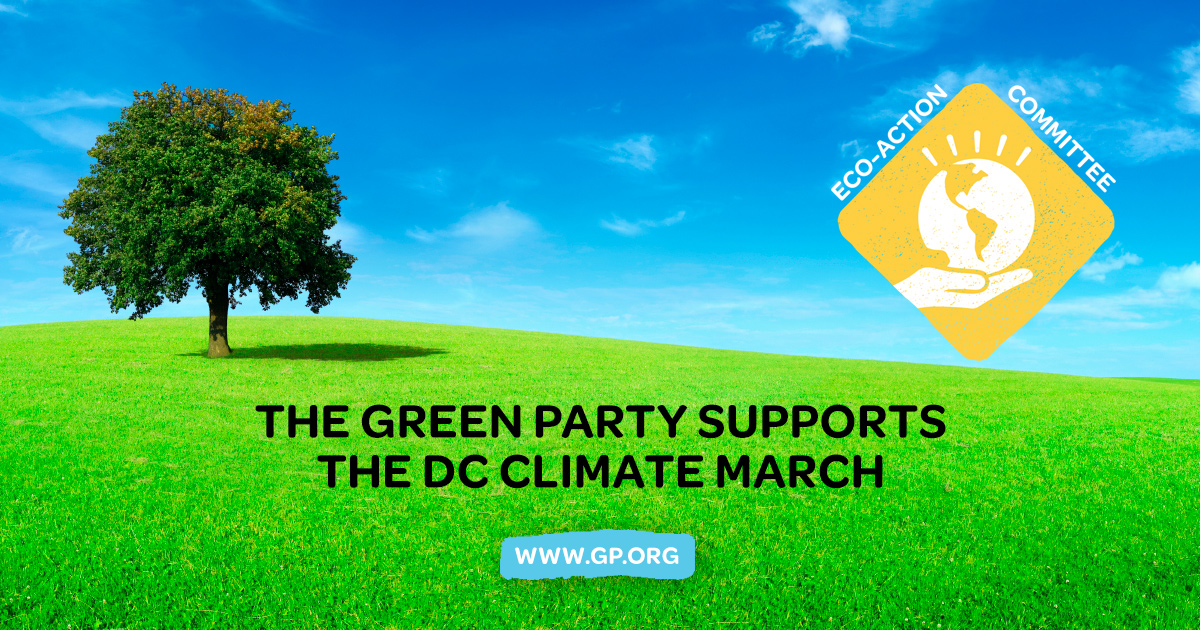 The Green Party of the United States' (GPUS) Eco-Action Committee strongly supports the Climate Marches scheduled around the United States on 29 April, 2017. Our members will be marching in support all around the country, especially in Washington, DC itself. We encourage everyone to march on behalf of sound science and our shared climate, which is in crisis.

Deniers in the Trump administration are doing everything they can to make this rapidly escalating situation worse. Besides threatening to pull out of the Paris Climate Accords and eliminate the Environmental Protection Agency, other proposals include: cutting the 224 full-time jobs of EPA workers involved in the Climate Protection Plan, eliminating the Clean Power Plan, putting an end to all regulatory action to halt climate change, stopping all partnerships with industry to curb emissions, ending the Energy Star labeling program, eliminating SmartWay and the Natural Gas Star partnership, drop minimum mile-per gallon (mpg) requirements from American auto manufacturers, open our coasts and public lands to expanded oil and gas exploration, and add a renewed push to mining for coal, an industry all but dead.

The Green Party of the United States' Eco-Action Committee believes it's time for We the People to tell the Trump administration, deeply entwined with the fossil fuel industry, to listen to the scientists, as well as us. We need substantive, systemic change to move ourselves away from fossil fuels. The climate crisis will not discriminate, and we have already seen its devastating effects which will only worsen through more inaction or, worse, continued business as usual. Our changing climate threatens every human on the planet—including our revered elected officials. Protecting our world and future generations should be something any wise leader could get behind.