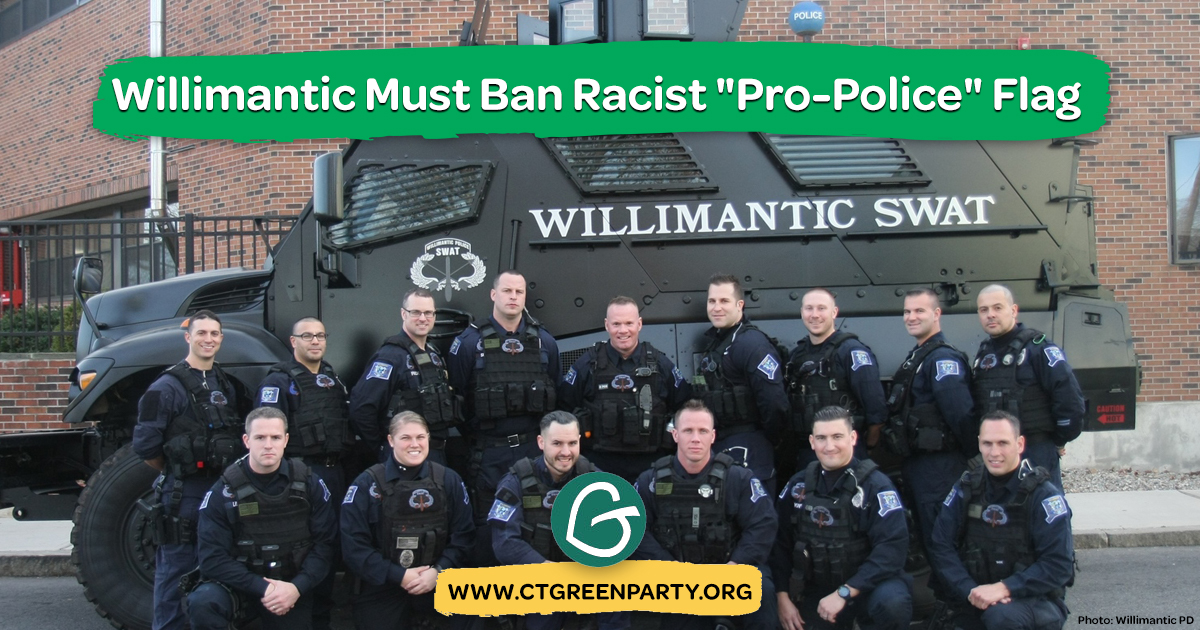 Indeed, after being brandished alongside the Confederate flag, the Nazi swastika, and other ultra-right emblems during the attack on the US. Capitol Building, the Blue Lives flag has become another symbol of fascism in the United States. Its display by police departments or by any government agencies is inappropriate and sends a dangerous message.

Some will argue that the "thin blue line" on the flag is a tribute to those who serve their community as police officers. Sadly, those advocates for the flag have no one but themselves to blame for its co-opting by the ultra-right. Especially following the murder of George Floyd by a Minneapolis police officer in May 2020, and the ensuing protests that shook the country with the demand for an end to racist violence by law enforcement, the Blue Lives Matter slogan and flag was seized upon as a counter to the Black Lives Matter movement

Had police and their supporters denounced the display of the flag by racists as loudly as they denounced Black Lives Matter protesters, their argument about what the flag "really means" might have currency. Had they rallied to denounce "bad apples" in law enforcement who proudly express racist views, they might have shown that they understand the nature of racist terror. Instead, the Blue Lives flag is now firmly associated with the ultra-right. Its display by police departments supposedly committed to "protect and serve" their communities sends a chilling message to Black and Brown people, deepening the fear and belief that in the United States the law is one thing for white people and another for people of color.

In Willimantic the defense of the Blue Lives flag has taken a particularly shameful turn. Racial justice advocates have been targeted with racist slurs and threats. James River, the Town Manager, has stated that the "price" of removing a symbol of racial hatred may be to ban all flags – a not so subtle suggestion that the town would ban the display of the LGBTQ rainbow flag, which is a symbol of support, inclusion, and tolerance, not hate.

We call on everyone who opposes racism, fascism, and their symbols to let Willimantic elected officials know how they feel. A public meeting and discussion has been promised for January 26, and we must all take a stand on this important issue.