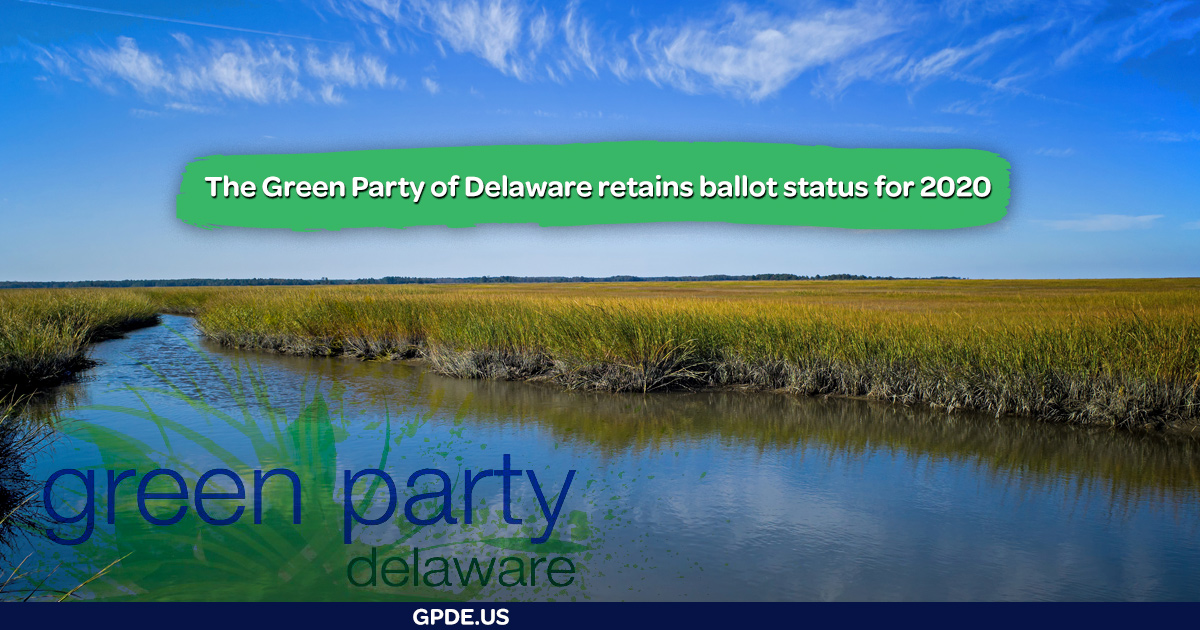 WILMINGTON, Del. – I am happy to report that the Green Party of Delaware (GPDE) retained its ballot access status for the coming election cycle. People involved with the Stein campaign in 2016 will recall the desperate situation GPDE was in during July of 2016 when we needed 50 more people registered and could only register new voters at that point. Because of Delaware’s arcane primary rules, no one is allowed to switch registration status from the beginning of June until the party primaries in early September, not even unaffiliated voters.  But smaller parties have to have their numbers set by August 1.  Fortunately the Stein campaign sent us some people to help with canvassing for new registrants and we just barely got there.

By Delaware’s election laws, smaller parties must attain one tenth of one percent of all registered voters in order to be on the ballot in the coming year.  The number is set as of January 1.  Although GPDE lost 31 people from a high total last February, it has ended up with 25 more registrants than the minimum.  So our ballot access is retained, regardless of what happens to the number of registrants during the rest of this year.