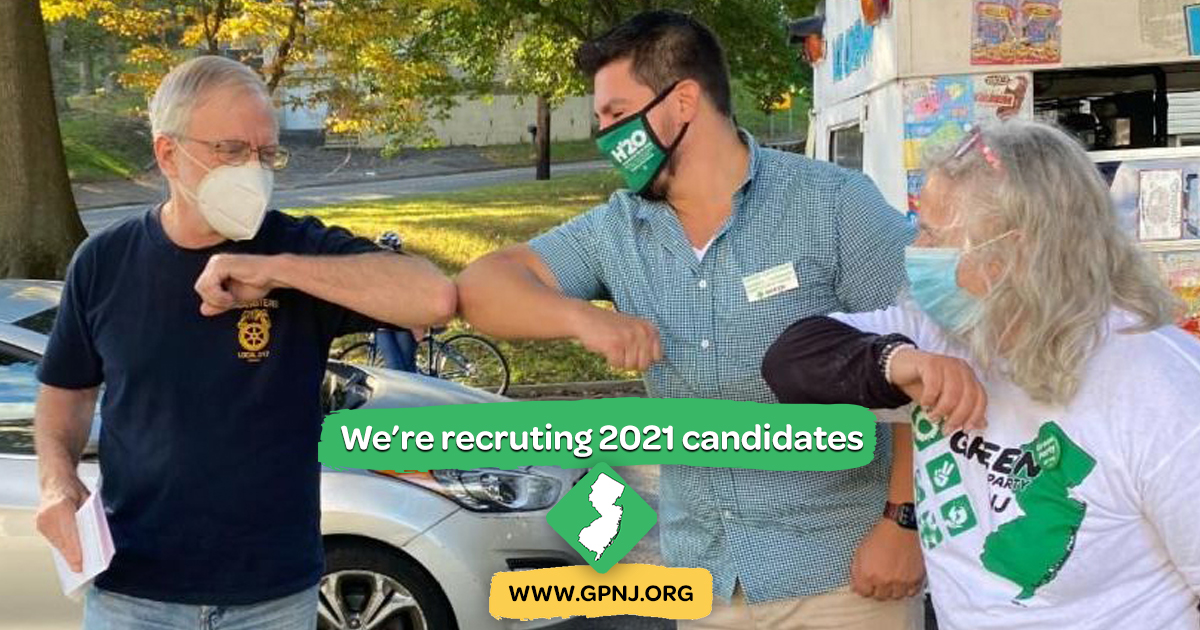 NEW JERSEY — Your energy and time are valuable, and you shouldn't squander it to power a political party that "disrespects" you. That's the pitch from the Green Party of New Jersey (GPNJ) as it seeks candidates for office in 2021.

The GPNJ says it's seeking Garden State residents who want to run for offices across the state. That includes candidates for town councils, boards of education, mayor, county commissioners and state senators/assembly members.

There are 11,427 registered Green Party members in New Jersey, according to the party's recent count.

In 2020, Green candidates in the state included:

Hoffman, who earned 38,288 votes in her attempt to unseat Democratic incumbent Cory Booker, saw the second-largest total from a Green Party candidate in the state's history. Only Ralph Nader's results during the 2000 presidential race rated higher.

"When reflecting on the problems and tragic moments of 2020 and my recently completed Green Party campaign for U.S. Senate, I was reminded that there are many signs of hope that out of this year's difficulties, we can create a better world," Hoffman told Patch after last year's general election.

"The pandemic exposed many of the economic, environmental and social ills that have gripped this country for years, but somehow remained hidden or at least unaddressed as people simply struggled to survive," Hoffman continued. "But as a candidate for public office in 2020, I felt an overwhelming responsibility to envision a program to address these issues, and to speak out about them over and over again, side by side with the people affected and working for change."

"Remember, the Green Party does not take corporate donations, so big money will not be pouring in," the website states. "It's important to start campaigning and fundraising early in order to give your campaign a head start."

Want to know more about what it takes to be a Green Party candidate? Learn more here.