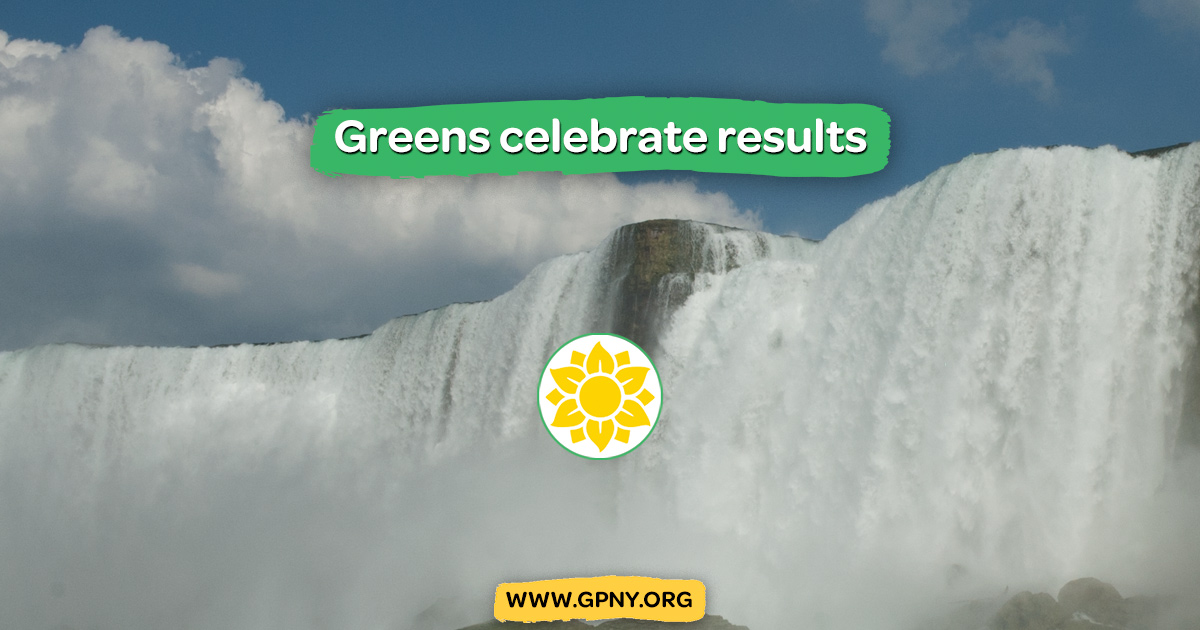 November 6, 2019 — The Green Party of New York (GPNY) congratulated all of its candidates today, especially Carol Sandy Przybylak, who received 25% of the vote in her race for a seat on the Cheektowaga Town Council. Green officials also celebrated the success of the Ranked-Choice Voting (RCV) ballot proposition in New York City, and the Independent Redistricting proposition in the City of Syracuse.

"The success of RCV in New York City and independent redistricting in Syracuse highlights how voters understand and support electoral reform. Ranked-choice voting for primary and special elections passed in a landslide with 73% of the vote. With such support, the next step is extending RCV to general elections. Voters in Syracuse passed independent redistricting with 76% of the vote, in a clear rebuke against rampant gerrymandering. We support voter empowerment, and these reforms show voters want that as well," said GPNY co-chair Peter LaVenia.

"Our progress on issues like RCV would be nothing without the hard work and results from candidates like Sandy Przybylak, who managed 25% of the vote in a race in which she was out-fundraised. Greens run lean, mean campaigns and we run on ideas that are broadly popular. We look forward to running statewide and federal candidates next year and building on the 'Green Wave' sweeping the globe," concluded Gloria Mattera, GPNY co-chair.