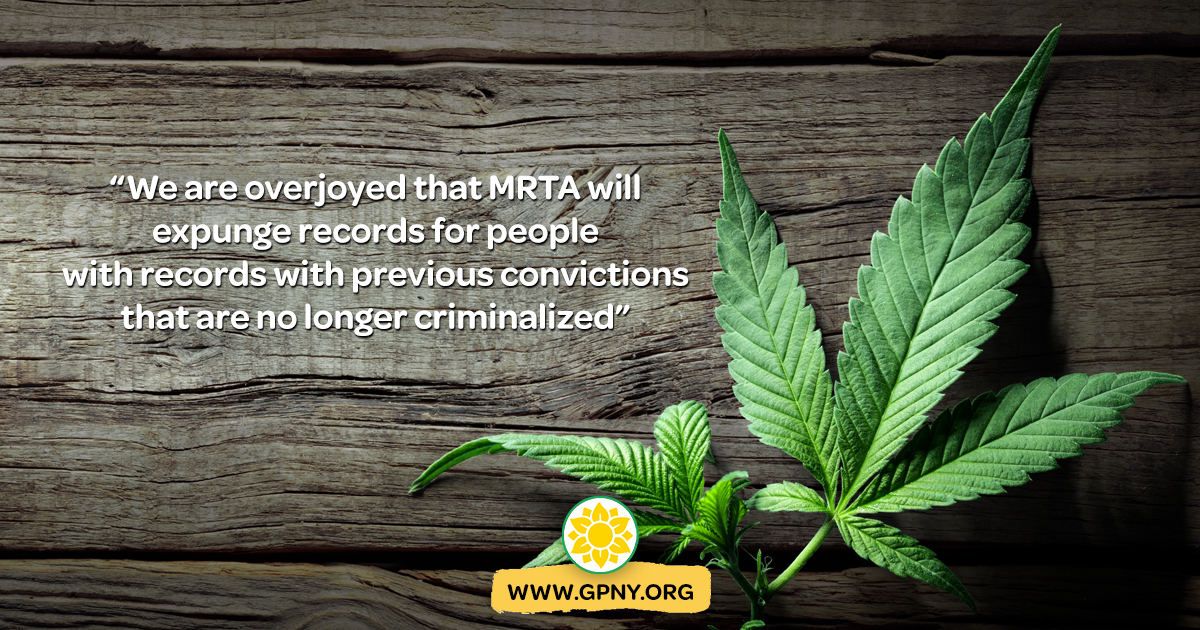 ALBANY, NY – 3/31/21 - Green Party of New York officers celebrated the passage of the Marijuana Regulation and Taxation Act (MRTA) as the culmination of a decades-long struggle by activists and communities to allow for legal sales of cannabis and to begin the process of rebuilding spaces ravaged by the failed Drug War. Party leaders said the organization had always proudly been on the front lines of the struggle for marijuana legalization. Party spokespeople also said they hoped the flaws of MRTA would be addressed soon, and that New York would follow Oregon's lead and decriminalize all drugs.

"Decades after New York decriminalized marijuana possession, the state has finally chosen to legalize the production and sale of cannabis. Years of hard work and struggle by activists and victims of the failed Drug War mean the law has a bent towards restorative justice. We are overjoyed that MRTA will expunge records for people with records with previous convictions that are no longer criminalized. Similarly, the equity programs to provide communities disproportionately impacted by the Drug War with opportunities to participate in the newly legal industry, 50% of licenses to social-equity applicants, and 40% of tax revenue directed towards the Community Grants Reinvestment fund are a hopeful sign," said state co-chair Gloria Mattera.

"MRTA is still an imperfect law and one that needs correction. To be a true legalization bill, it will need provisions to eliminate the black market: as a party we believe the level of taxation on the purchase of marijuana should be low enough to not be prohibitive for working class consumers, who will then find illegal sources. The current bill criminalizes purchase and use by adults under 21; we believe that given teen use the legal use age should be lowered to 18. There should be no limit to homegrow or possession - we don't limit the amount of cigarettes or alcohol you can have, why do we with marijuana? All marijuana sold in New York should be required to be organically produced, and large corporations should be excluded from entry into the market. We need to reduce plastic packaging waste and this should be addressed with marijuana sales as well. Finally, let's follow Oregon's lead and use this to move to true drug decriminalization," said party co-chair Peter LaVenia.