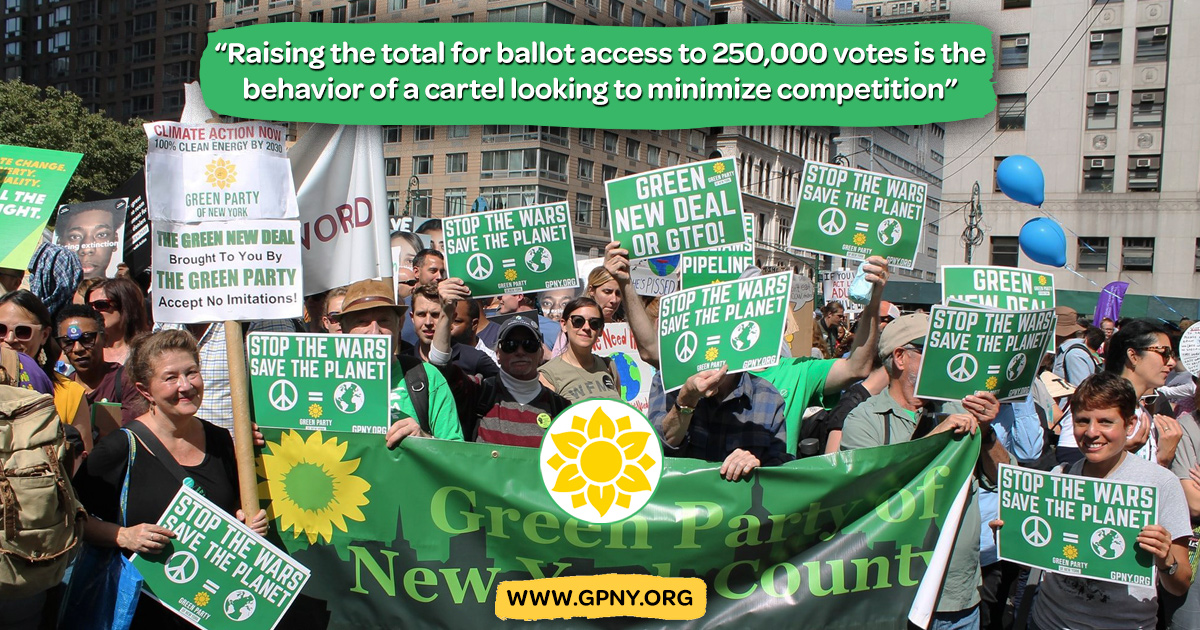 "Raising the minimum vote total for ballot access to ~250,000 votes for a gubernatorial candidate would make it nearly impossible for the Green Party, or any other third party, to maintain a ballot line. This is the behavior of a cartel looking to minimize competition. One of the reasons the Green Party agreed with the potential fusion ban is that parties would be forced to run their own candidates, which broadens democratic choice. This is nothing but an anti-democratic proposal by Commissioner Jacobs," said party co-chair Peter LaVenia.

"We suggest instead that the Commission look to broaden access to the ballot. Why not allow 50,000 votes for any statewide office to grant ballot access? Almost all other states have fairer ballot-access requirements. Commissioner Jacob's proposal would be almost unmatched in its difficulty. There are fairer, and better, ways of structuring ballot access and none of them include raising vote thresholds," concluded party co-chair Gloria Mattera.