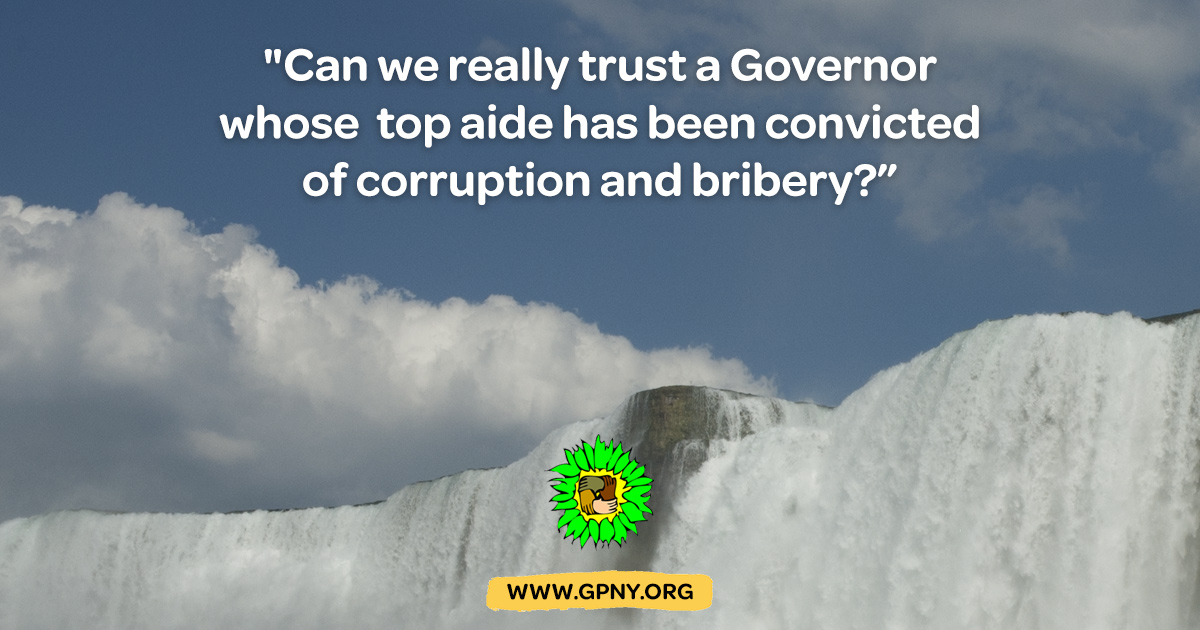 NEW YORK, March 14, 2018 – Green Party of New York leaders today said that the verdict in the Percoco trial showed the need for strong ethics reform in New York State government. The party leadership also pointed out that between the Percoco and Buffalo Billion trials, Gov. Cuomo's administration has the potential to be the most openly corrupt in recent memory.

"Can we really trust a Governor whose close friend and top aide has been convicted of corruption and bribery? Do we believe that Andrew Cuomo knew nothing of this? The people deserve an investigation into Gov. Cuomo's role in this," said Gloria Mattera, GPNY co-chair.

"It's time we had serious ethics and campaign finance reform in New York," said GPNY co-chair Peter LaVenia. "Public campaign financing and harsh penalties for participating in corruption need to become the law. It's no wonder Cuomo hobbled and then dissolved the Moreland Commission; why would someone who is, himself, likely corrupt want an ethics committee with real teeth?" said LaVenia.

GPNY is calling on the state legislature to act now, but is also calling on voters to make a choice in November between Governor Cuomo's corruption and a Green candidate running on an aggressive ethics reform platform.