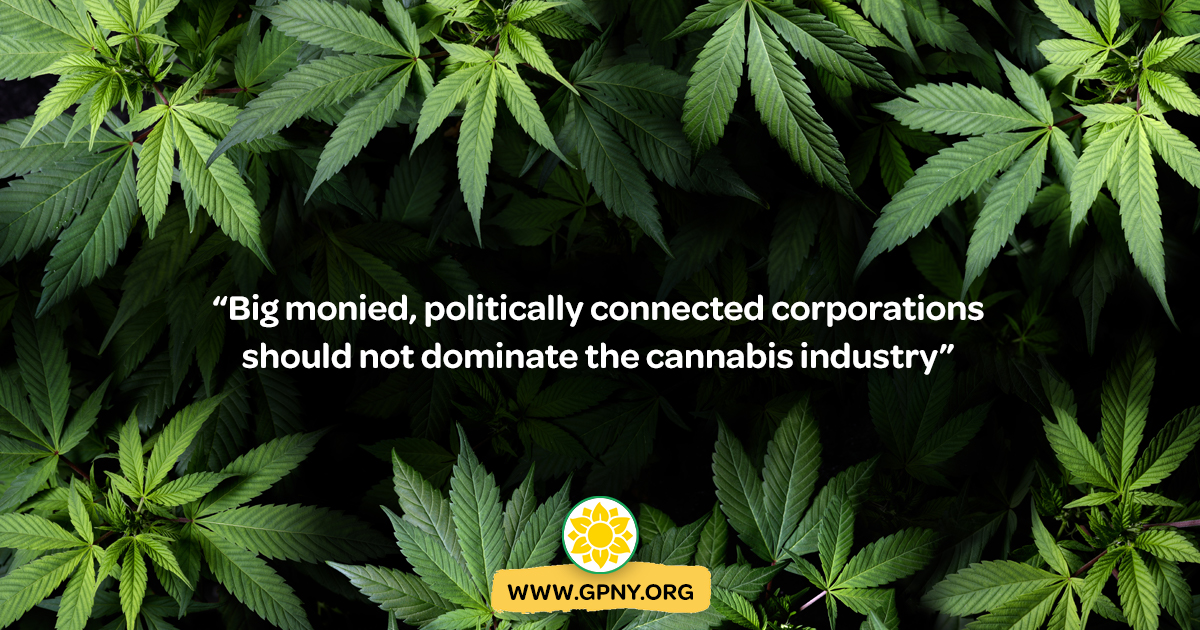 ALBANY, NY 2/23/21 - The Green Party of New York said today it was time for the Democrats to finally deliver on their call to legalize marijuana, a position the Greens have advocated for decades.

The Greens said that while the legislative proposal was better than the Governor's, both fell far short of true legalization. The Green Party agrees with the Michelle Alexander paradigm that the drug laws created the New Jim Crow. The Greens want to repeal all cannabis laws.

"Since our first statewide campaign in New York, we call for an End the War of Drugs, focusing on legalization of marijuana and repeal of the Rockefeller Drug Laws. What the Democrats are discussing in Albany will at best create a regulated monopoly that will primarily benefit corporate interests, will continue to promote an underground market for marijuana and will still arrest and send people to jail, especially people of color," said Paul Gilman, marijuana reform activist and Green Party of New York State Committee Member.

The Greens said the marijuana laws should be not more restrictive or costly than regulation of alcohol, which it describes as a more dangerous drug than cannabis. This includes strong support for homegrown marijuana (not the legislative proposal for six plants), as well as requirements for organic growing practices. Party officers said that taxes and ID requirements need to be lowered to more reasonable levels unless the Democrats' intent is to continue the existing underground marijuana economy, and that it opposes any funding from marijuana sales being directed to law enforcement. Finally, there should be automatic purging of the criminal records for existing individuals convicted of nonviolent marijuana offenses.

"Big monied, politically connected corporations should not dominate the cannabis industry. The Greens have always advocated that the victims of the War of Drugs should be compensated for the harm inflicted on individuals and communities of color. This includes making it easier for the victims to be owners," said Gloria Mattera, state party co-chair.

"It's time to stop playing politics and legalize it the right way," concluded Mattera.