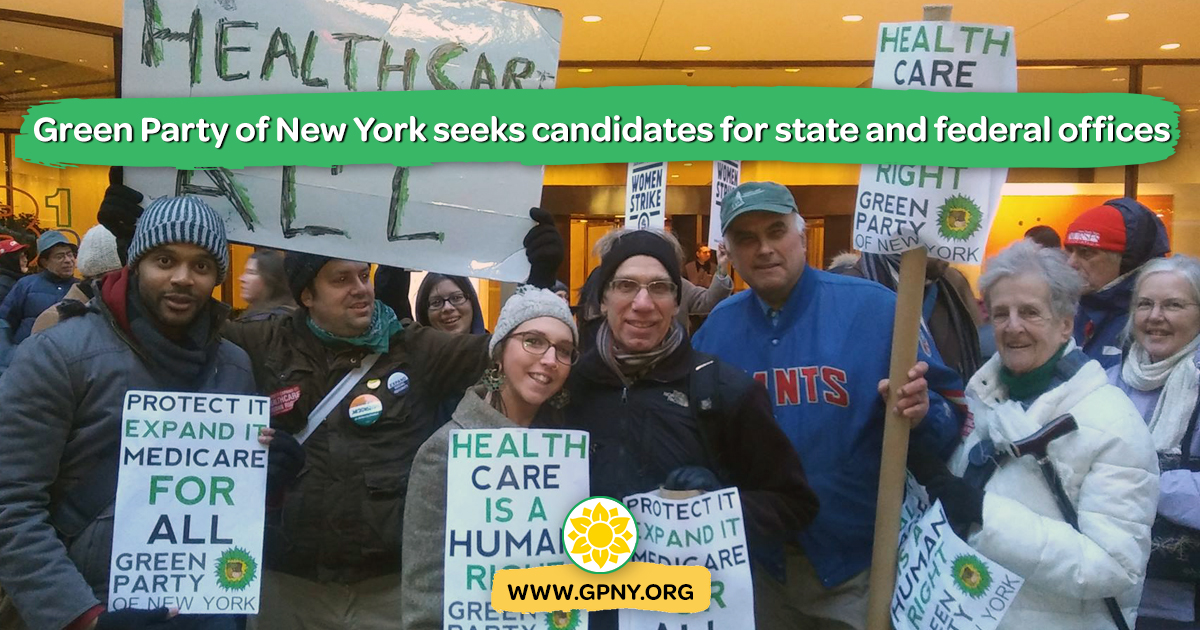 "Even though Governor Cuomo and the Democrats rammed through legislation under the cover of COVID to strip the election rights of alternative parties like the Greens, we are not just going to roll over and die. America is in a dark moment, where basic democratic, economic and civil rights are under increasing assault. We all need to stand up and demand another world that puts the common good ahead of the greed of the 1%,"

The Green Party said potential candidates are welcome to discuss running this fall. Party organizers also noted it will uphold the right of New Yorkers to continue to register to vote as Greens — despite statements from various elections officials — thanks to a federal lawsuit it won in 2003 after the first time it lost ballot status.

"America is in a crisis. COVID has killed more than 800,000 while disrupting everyday life for many, especially the already marginalized. Our political leaders promote an Orwellian approach to the truth while more than one hundred members of Congress voted to sanction a deadly riot in the U.S. Capitol Building. Systemic racism and other forms of oppression are rampant. A critical step in establishing democracy in our country is to stop the suppression of alternative parties and other independent voices," said Green Party of New York Co-Chair Gloria Mattera.

The Greens said they especially want to encourage movements such as Black Lives Matter, workplace democracy, #MeToo, GLBTQ liberation, and immigrant justice, and young people to seek the Green Party nod to run for local office.

"It is encouraging that some of the issues we championed for decades — such as a higher minimum wage, a ban on fracking, same-sex marriage, ending the drug war, and criminal justice reform — have advanced. Unfortunately, Executive and Legislative leaders have done next to nothing on single-payer health care, income equality, ending racism, civil rights, and climate justice. We believe an Eco-socialist Green New Deal is necessary to create transformational change and an equitable and sustainable New York," said Green Party of New York Co-Chair Gloria Mattera.

In addition to the statewide races for Governor – Lt. Governor, Comptroller, Attorney General, and U.S. Senate — the Green Party is looking for candidates for state legislature and Congress.

Last year, Cuomo and the Democrats enacted perhaps the most exclusionary ballot access law for alternative parties in the U.S., making it far more difficult for such parties to obtain and retain their ballot lines. The Green and Libertarian parties are pursuing a federal lawsuit to overturn the laws while lobbying state lawmakers to repeal them.

New Yorkers interested in running for office or supporting a campaign are encouraged to sign up at gpny.org/candidates