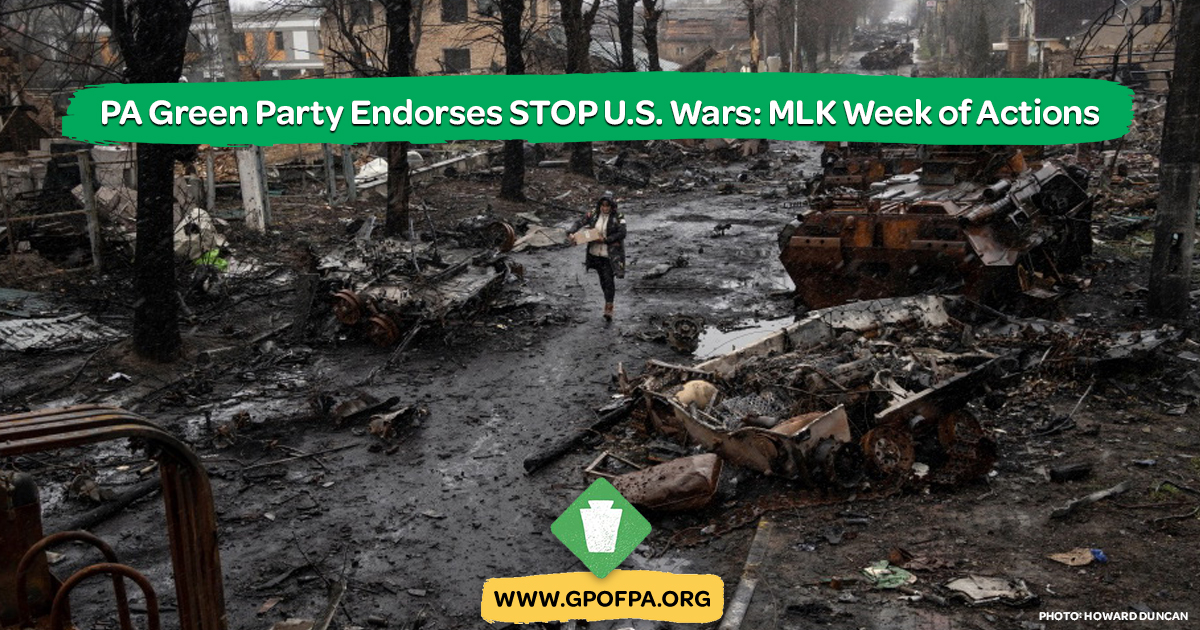 PHILADELPHIA – The Green Party of Pennsylvania (GPPA) Steering Committee has endorsed STOP U.S. Wars: MLK Week of Actions, which will take place from January 13 through January 22, 2023. This nation-wide MLK Week of Actions was called for by the United National Antiwar Coalition (UNAC). The week will include a variety of actions from demonstrations to teach-ins, banner drops to chalk-ins, street meetings to webinars.

In addition, the Green Party is encouraging its county Green Parties in Pennsylvania to organize and to participate in peace events during the STOP U.S. Wars: MLK Week of Actions. For more information, please contact Chris Robinson, GPPA Communication Team, at [email protected].