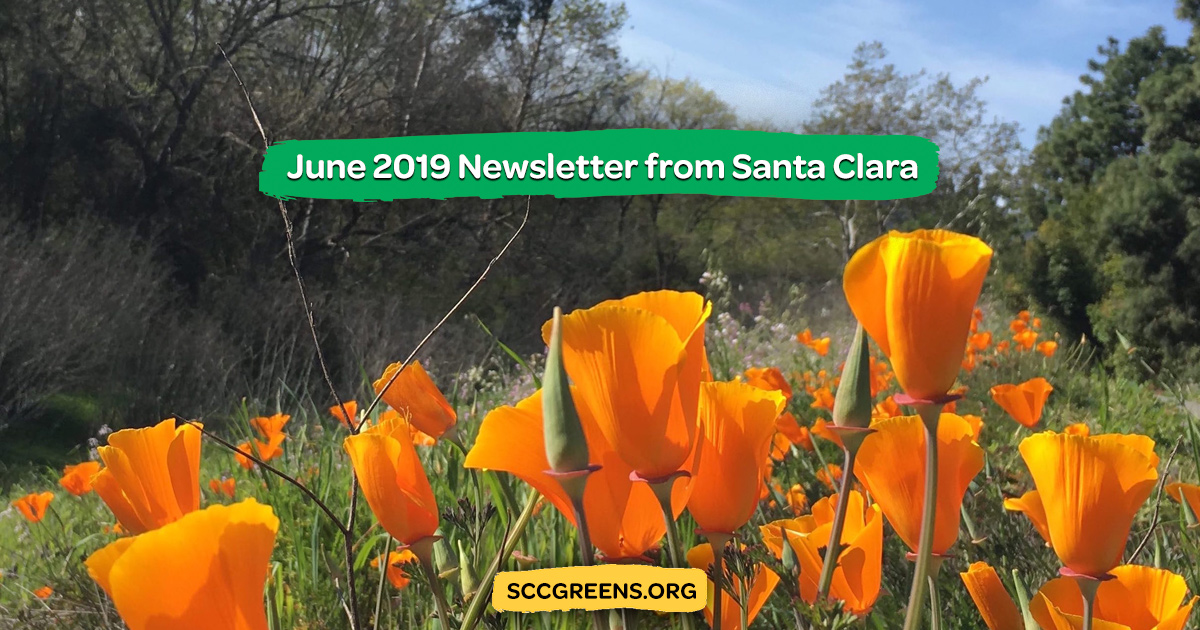 SANTA CLARA, Ca. – We had a lot of Calls to Action last month – THANK YOU for calling and writing your legislators! Thanks to you, some of these bills passed and are now on their way to the State Senate or Assembly. Public banks, Ranked Choice Voting, and Affordable Housing are crucial issues that lie at the heart of the Greens' social, economic & electoral reforms.

The encouraging results of Green parties in the recent European elections – and the very concerning establishment of nationalist and xenophobic groups around the globe - are a good reminder that people are demanding change and that we need to keep pushing for greater justice and representation.

Senate Bill 212, the bill that would allow all cities, counties, and school boards to use ranked choice voting, not just charter cities, was approved by the State Senate on May 28 on a bi-partisan 27-8 vote. 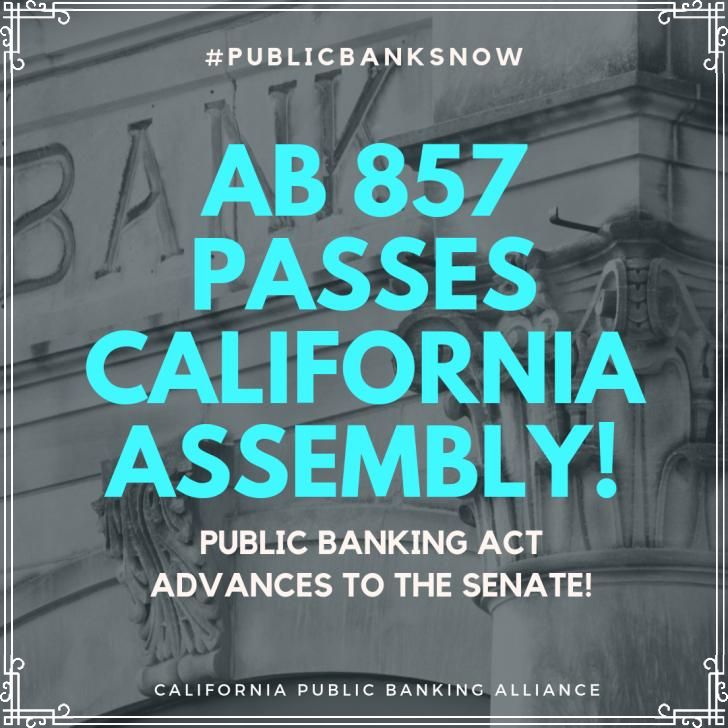 Assembly Bill 857, a bill that would enable municipalities to more easily charter a public bank, passed the California Assembly on May 30 on a 41-26 vote. The bill now proceeds to the CA Senate.

It is a major victory. As California Public Banking Alliance co-founder Trinity Tran puts it: "This is California’s moment to take the lead in creating a banking option that will strengthen rather than extract profit & resources from our communities.”

It is indeed time to allow our local governments to invest public dollars for the public good, and put the communities' needs before the interests of Wall Street!

To continue with that effort... Join us to support a Public Banking Resolution at Oak Grove School District tomorrow (see below)!

A Resolution in Support of AB 857 (agenda item H) is coming up for a vote at the Oak Grove School District meeting this Thursday, June 6 at 6 pm. Come help us show support for #AB857 and explain how a Public Bank would prioritize investment in public schools whose funding is currently greatly impacted by the unregulated growth of charter schools and the privatization of schools. 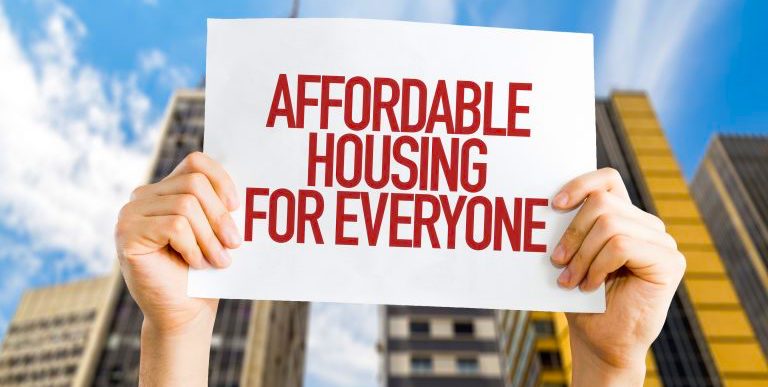 Assembly Bill 1482, the Anti-Rent Gouging Bill, passed the State Assembly on May 29 on a 43-31 vote (6 abstentions). However, the bill was significantly watered down. The proposed rent cap was raised from 5% to 7% plus inflation, it exempts landlords who own less than 10 single family homes, and would expire in 2023.

Assembly Bill 1481, the Just Cause Eviction Protections Bill which was a twin bill to AB 1482, failed to pass the Assembly. Some 17 million renters in California are still at the mercy of their landlords' predatory practices. More than half the state’s tenants meet the federal definition of “housing-cost burdened.” Yet, the Democrat super-majority in the legislature refuses to pass bills that would reinforce renters' rights and protect them from unjust evictions.

Santa Clara Greens are supporters of a collaborative effort to protect Coyote Valley from urban sprawl and industrial development. The Protect Coyote Valley coalition recently signed a letter to San Jose City Council detailing its recommendation to revise the Envision San Jose 2040 General Plan to reflect a vision of Coyote Valley as a place for wildlife habitat, green infrastructure for flood protection and climate change resilience, farmland, and recreational benefits.

On Tuesday, June 11, San Jose City Council will be considering the scope of the General Plan 4-Year Review (agenda item 19-445). City staff has proposed a scope of work for the review and members of the coalition will speak at the meeting to include protection of Coyote Valley in the review. More details to follow!

Bike To Shop Day in Santa Clara was fabulous!

On May 25, Santa Clara Green Diane led a group of 7 enthusiastic cyclists on a bike to shop day in Santa Clara. They visited 8 grocery stores on bike-friendly streets & trails, purchased items and received generous gifts and gift cards from different participating stores. It was a great day of cycling, eating, and shopping!
Diane showed us that biking protects the planet, helps your pocketbook, and is good for your body! She'll definitely do it again next year and invite other communities to do their own on a similar model. Thank you Diane!

Below are a few pictures from the event. 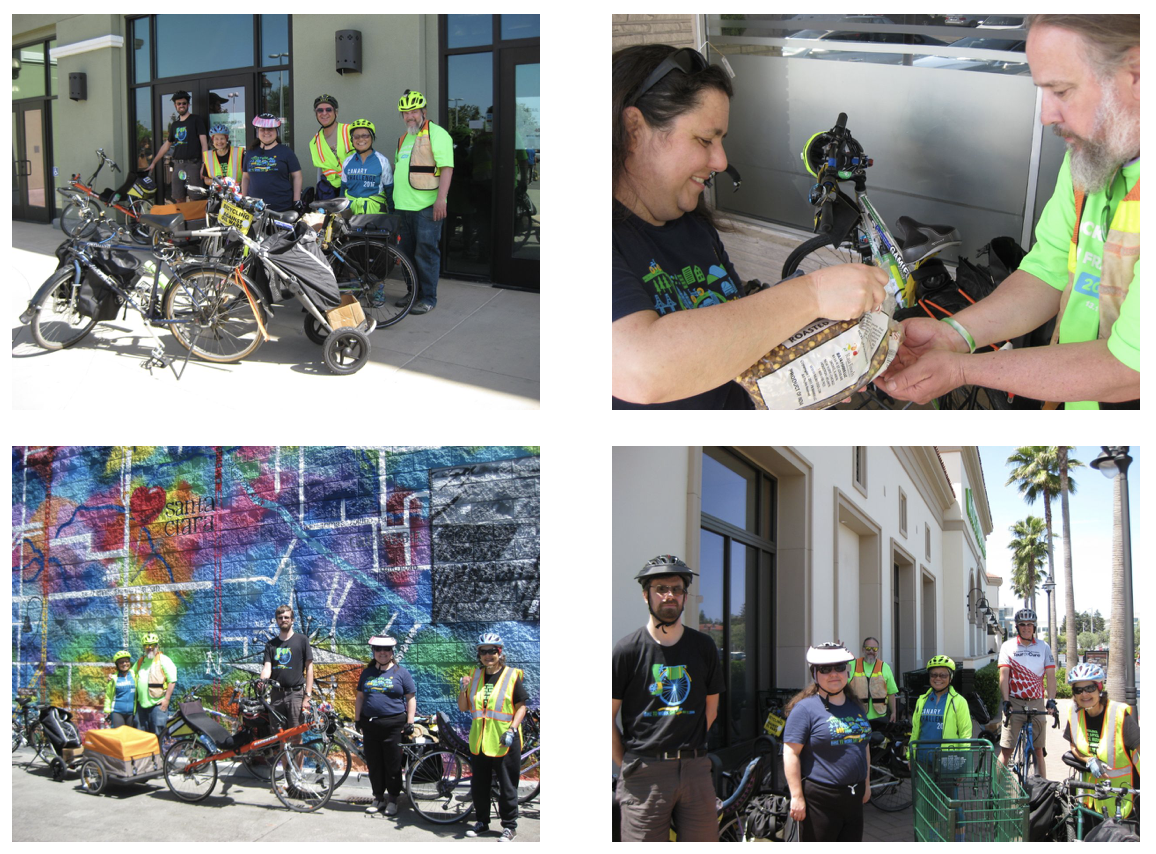 Come help us show support for #AB857 and Public Banking at this month's Oak Grove School Board Meeting. School districts have been repeatedly taken advantage of by Wall Street Banks, Credit Default Swaps and deserve to be invested in! RSVP

Join us at this Peace Corner Rally and take a stand against the U.S. intervention in Venezuela. BRING YOUR OWN SIGN!

Come join the Santa Clara Greens for a fun afternoon and help us package and distribute food bags to low-income households in our community. RSVP

Join the Santa Clara Greens at our monthly meeting to learn about our plans and activities. We are building the Party for the 99% and we invite you to be a part of our journey. RSVP

There's no PLANet B!

We need to do all we can to save this one from being totally wrecked by corporate greed and militarism. Power to the People! Please Donate