The Green Party of Virginia affirms support for the Trans Community 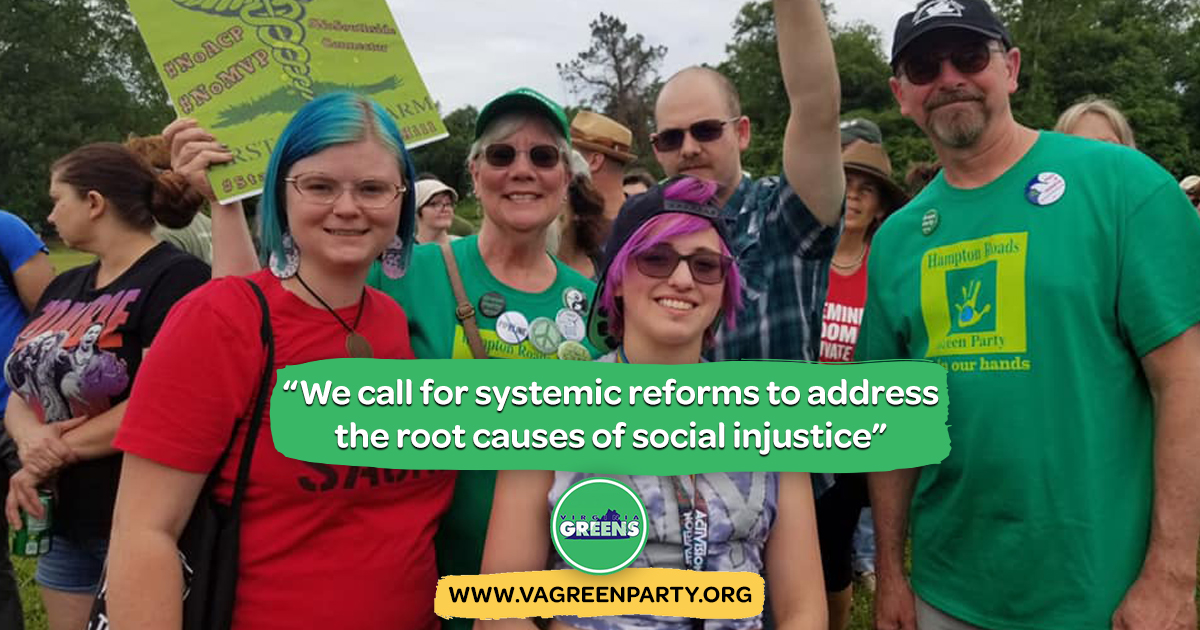 As Transgender Awareness Week wanes and Transgender Remembrance Day begins, we in the Green Party of Virginia are mindful of the 34 known trans and gender non-conforming individuals who have lost their lives to transphobic violence this year. (1) The Green Party Sexual Orientation and Gender Identity platform plank, in keeping with the Green Key Values of diversity, social justice and feminism, supports full legal and political equality for all persons regardless of sex, gender, sexual orientation, or gender identity, characteristics, and expression.(2)

We call for systemic reforms to address root causes of social injustice, not more policing, which often perpetrates violence on the transgender community itself. These reforms encompass nationwide, equal access protections for transgender and gender non-conforming individuals such as housing, educational opportunities, employment and a universal, single-payer healthcare system which includes transition surgeries for transgender folx who wish to align their body with their gender identity.

"One major reason I align myself with the Green Party is because they are the only national party calling for a national healthcare system," stated newly aligned GPVA Green and former House of Delegates Candidate, Charlotte Jobe, "The next president claims to support LGBT rights, yet voted for the Defense of Marriage Act. The Democratic party is shallow and only came around to our rights when public perception indicated they should, whereas the Green Party has been unwavering in support since its original inception in 1984."

Hampton Roads Green Party member and 2020 Chesapeake Mayoral candidate Steffanie Aubuchon stated, "As someone who is not only nonbinary myself but also the parent of a nonbinary child, I have always felt welcomed by the Green Party. Both the Party platform and the individuals I've worked with in the Party have always been very accepting."

The Green Party of Virginia (GPVA) affirms our commitment and support and will continue to stand with our friends, family, and neighbors who identify as members of the trans community.