Trump Era: "There Is Great Disorder Under The Sky, So The Situation Is Excellent!" 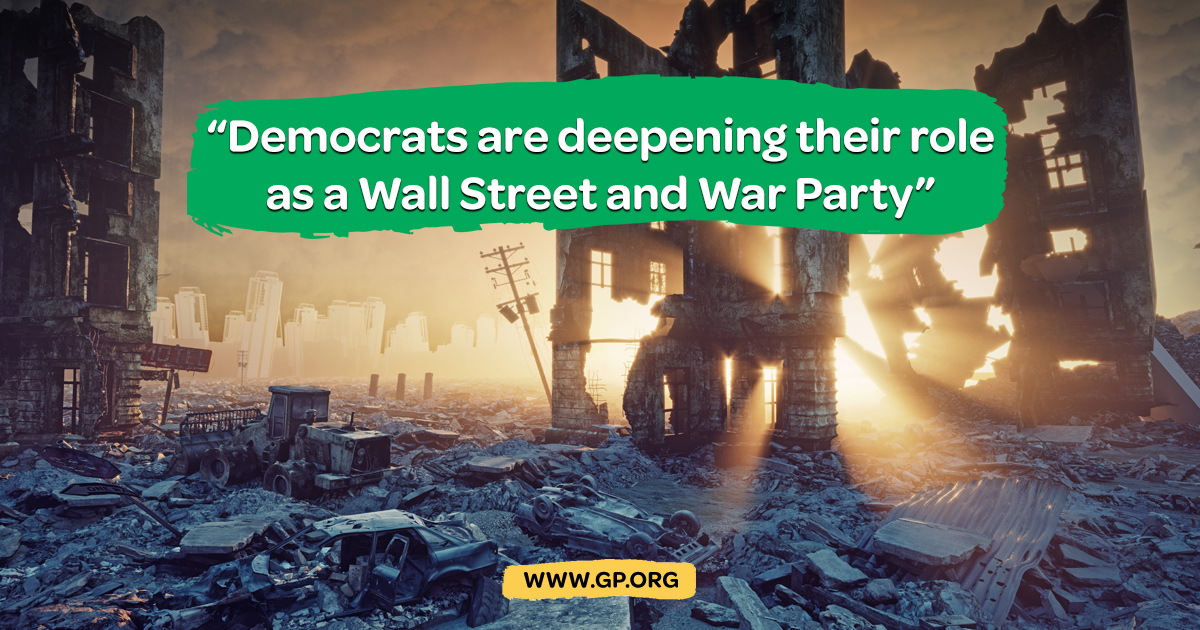 By Kevin Zeese and Margaret Flowers

The quote in the headline comes from Mao Tse Tung. It was aptly used by Professor Slavoj Žižek to describe the situation we find ourselves in during the Trump era. There are many things to dislike about President Trump, but he is shaking up the establishment and raising mishandled issues that would not otherwise be discussed. He is causing chaos and his policy prescriptions are rarely correct, but he is unintentionally creating opportunities for positive change, if people can rise to the occasion in an informed and strategic way.

Žižek writes an interesting review of Trump's recent European trip but falls short in his conclusion that the election of Alexandria Ocasio-Cortez shows a path forward within the Democratic Party. While we were pleased to see ten-term Congressman Joe Crowley defeated, as he epitomizes the corporate-corruption of the Democratic Party, the reality is that movements for peace and justice lose power when they enter the Democratic Party. Ocasio-Cortez' election occurred in a low-turnout primary in a solidly-blue congressional district where the ethnic makeup has moved from white middle class to Latinx working class and Crowley was focused on taking Pelosi's place rather than his re-election.

Democrats Not Turning Left, More Likely Deepening Their Role as a Wall Street and War Party

The democratic socialism of the Bernie Sanders type that Ocascio-Cortez stands for could be popular across the country where workers are struggling after decades of neoliberal economics that increase the wealth at the top in the false claim it will trickle down. Most people in the United States are worse off; tens of millions are in poverty and all but the wealthiest are economically insecure. This is one reason the anti-establishment campaign of Trump defeated the elitist establishment candidate Clinton. Trump also played on the reality that most people are ready to end the never-ending wars and cut the obscene spending on militarism when necessities at home are not being realized. President Obama also campaigned as a peace president, even though he did not govern that way, showing the public has been ready to end 21st Century wars for a long time. While the population is ready for transformative change, the Democratic Party is successfully resisting it.

Ocasio-Cortez' victory was a rare progressive victory in the primaries. Joe Crowley is the only House incumbent to have lost a primary, and thanks to the fake third party, the Working Families Party, which is really the Democrats in disguise, Crowley will still be on the ballot in November

Just 22 percent of self-defined progressive candidates have won, with many of them coming from seats where Democrats have little chance of winning in November, so they will not change the makeup of House Democrats. And, progressive candidates who lost their races are supporting establishment Democrats. More likely than a progressive takeover among House Democrats is the deepening of the  military-intelligence policies of the party as many new Democratic candidates are veterans of military and intelligence agencies. In the Senate, there was not even one progressive challenge in the primaries even though many of the Democrats running for re-election are in the right-wing mainstream of the Democratic Party.

The real path to transformation is to break free of the duopoly and build a political alternative, such as the Green Party, into a national force that can win elections and be the party that puts people and planet before the donor-militarist class that dominates the political duopoly. This will require progressives beaten down by the Democratic establishment to break their abusive relationship with the Democratic Party. It will require workers who have gone downhill since the 1930s, when unions allied with the Democratic Party, to say -- "Enough, we will build our own political power." And, it will require African Americans who in every measurement from lack of wealth and income, to high levels of incarceration, lack of investment in their communities and poor education to say -- "Enough, we will not fall for black Democratic Party misleadership and build our own power outside of the Democratic Party."

The Contradictions of Trump's Trip to Europe

Trump's recent trip to Europe was filled with inconsistencies and contradictions. The reaction of the establishment from both parties and the corporate media showed they favor conflict with Russia over a working relationship.

President Trump told NATO countries they need to spend even more on militarism, avoiding the real issue with NATO. They have already increased their spending due to Trump's bullying, now he says, even more, is needed, demanding four percent of their GDP. This is absurd when the truth is NATO should be disbanded, as its purpose no longer exists. The threat of the Warsaw Pact is gone and NATO should follow their lead. The fear-mongering of Russia is a fraudulent mirage. There is no need for bases along the Russian border with Europe; doing so only provides profits to the militarists while decreasing security in Russia and Europe.

After Trump jawboned Europe to spend money to defend themselves against Russia, he contradicted that fearmongering with a friendly meeting in Helsinki with President Putin. His display of friendship, which we view as a positive step by Trump, showed that NATO is no longer needed. What is needed are more meetings between Trump and Putin. These Treason Summits" have the potential to de-escalate threats of military conflict and solve crisis problems that the world is facing.

Trump also attacked the Chancellor of Germany, Angela Merkel, at the NATO summit claiming that "Germany is totally controlled by Russia because they're getting between 60% to 70% of their energy from Russia and a new pipeline." This was an exaggeration, but was this really about "control" by Russia or about selling US oil and gas? Shortly after the NATO meeting, Trump met with European Commission President Jean-Claude Juncker in Washington, DC. One of the results of their meeting was increased purchases of carbon energy by Europe from the United States.

The real energy news in Germany is that it is breaking from carbon energy and leading the way on clean energy. Germany is setting new records in the use of clean, renewable energy by providing more than 40 percent of the country's power supply in the first half of 2018. In July,  renewables overtook coal for the first time and the country is seeking to transition to clean energy. The market for oil and gas may be short-term.

The recent Trump trip to Europe also once again highlighted the declining role of the US in the world.  There are escalating signs in the Trump era of the decline of US empire. The move from a unipolar world to a multi-polar world is underway. Just one year ago, the US War College published a report, At Our Own Peril: DoD Risk Assessment In A Post-Primacy World, which recognized the decline of US global influence as both a military and corporate power. Their recommendation was more militarism, but the chaos of the Trump era shows an opportunity and responsibility of the people of the United States. We must find a justice-based way to a multi-polar world and an end to US empire where the US becomes a member of the community of nations, not a dominator of the world.

Kevin Zeese and Margaret Flowers co-direct Popular Resistance. Margaret serves as co-chair of the Green Party of the United States.