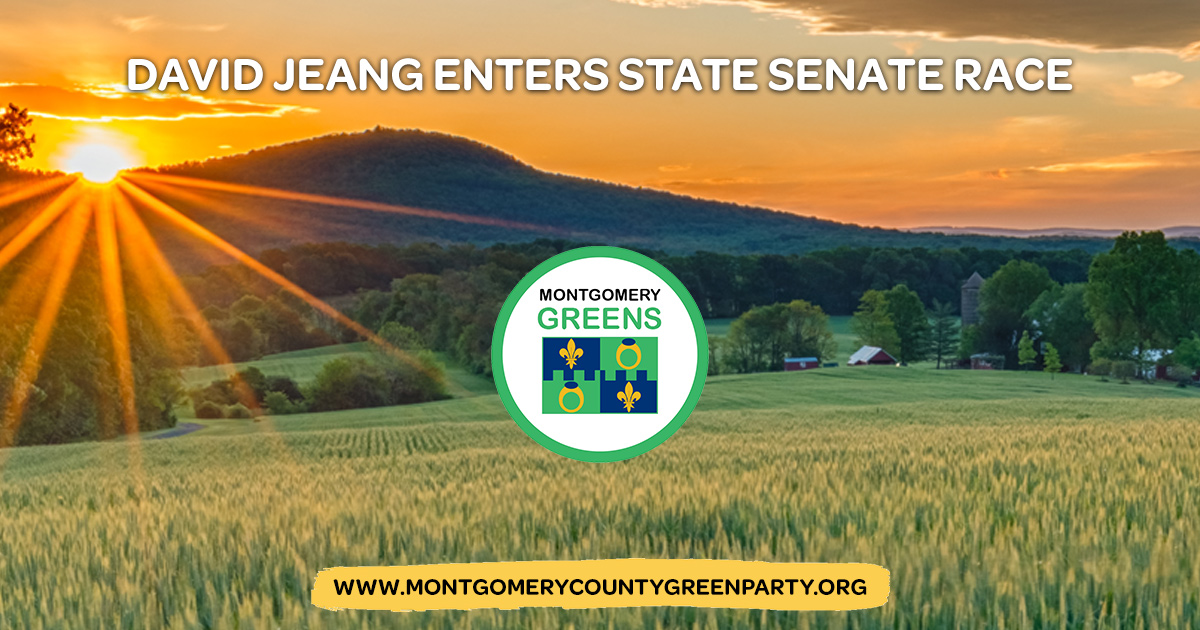 District 19 voters will have the opportunity to vote for a member of the Green Party to be their next state senator now that David Jeang of Rockville has thrown his hat into the ring.

"I feel the need to build other representation in Montgomery County would be healthy to bring out voters who don't feel the alignment with the current Democratic County and in turn bring out more voters in the whole of Maryland," he said in a phone interview.

The Sentinel
By Nickolai Sukharev
February 16, 2018 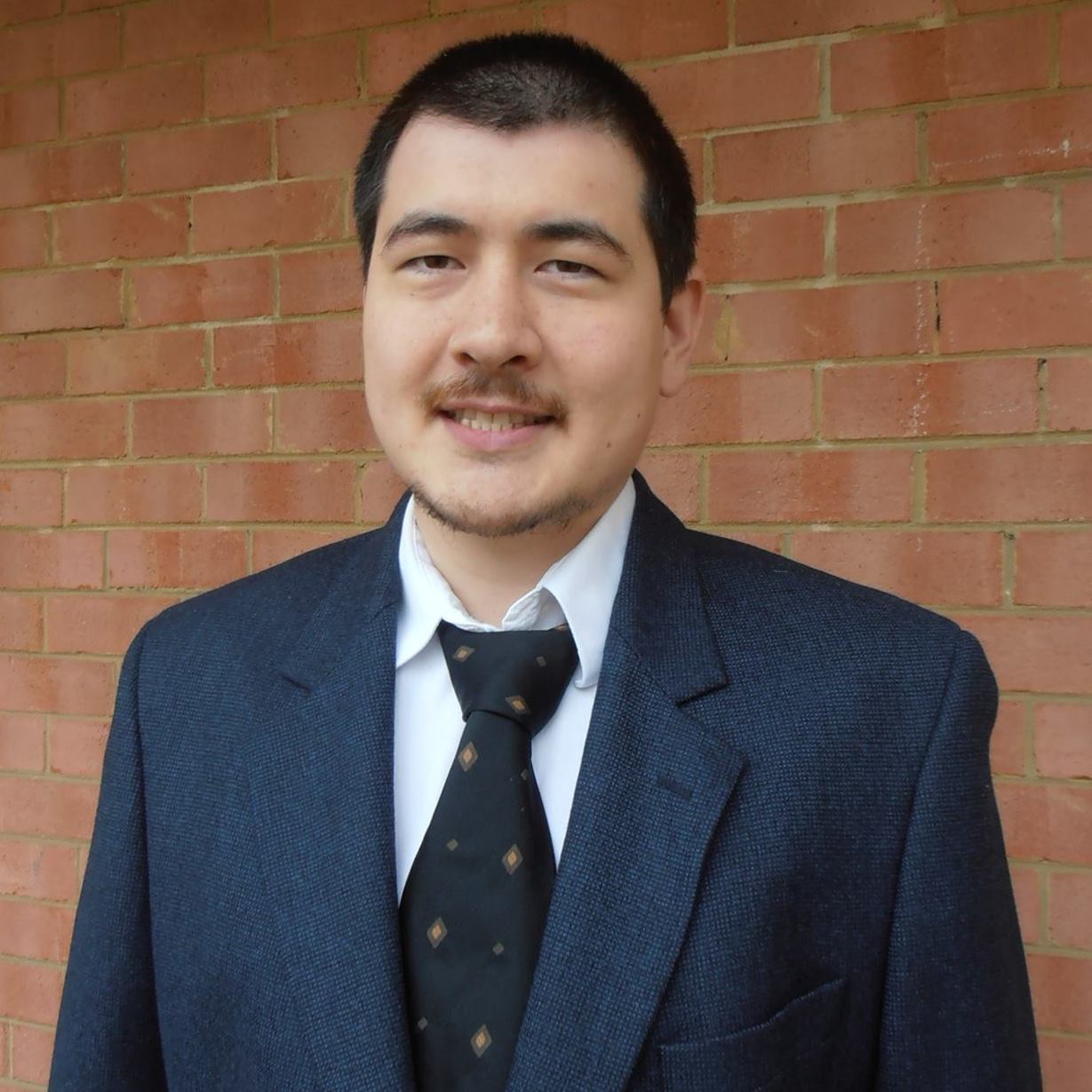 Jeang, 29, will face off against three-term Del. Ben Kramer (D) for the privilege of representing Rockville, Silver Spring, Gaithersburg, Wheaton and Olney in the Maryland Senate. He explained his choice to run as a third party candidate is meant to ensure that the prospective Democratic nominee will have some opposition in the general slection and will allow him to raise issues that otherwise might be ignored.

"If I ran Democratic and lost in the primary, Ben would coast the rest of the way to general because he doesn't need to have a Republican opponent," he said. "It's not an election if there's only one candidate -- if you don't have more than one person running, you invite complacency which will erode the spirit of democracy and … there will be issues that will be ignored."

The lifelong county resident currently works as a pet sitter, added that he was inspired to run through his involvment with the Maryland chapter Our Revolution, the progressive group founded by Sen. Bernie Sanders (I-Vt.) to support candidates in the wake of his 2016 White House run, and through the Democracy Summer internship program organized by Rep. Jamie Raskin (D-8th District)

Jeang, who holds a bachelor's degree in computer science from Johns Hopkins University a and masters from Towson University, said he intends to promote policies which are supported by current office holders, candidates, and both state and local political organizations. Should he be elected, he plans to introduce political reforms such as same-day voter registration, statewide public donor financing, and ranked choice voting which he added would "greatly encourage and result in higher voter turnout."

"We need to promote voter turnout as opposed to suppressing it," Jeang said.

By establishing a public bank similar to that the Bank of North Dakota – which according to the Institute for Local Self Reliance, has generated 1 billion dollars in its 21-year history from loans to private banks, small business, homeowners and students with $400 million budgeted for public services – the first-time political candidate explained that Maryland would be able to "prioritize infrastructure spending in a more efficient and less wasteful manner."

"The Public Bank of North Dakota existed as a way for the state to provide affordable loans to small businesses, state programs and schools … it had very low-interest rates because it was meant to improve state infrastructure," he added.

Although the Green Party supports a universal single-payer health care system, Jeang said he believes there are too many roadblocks for its implementation at the state level. Instead, he explained how setting a state level exchange independent of the Affordable Care Act would protect access to health care in the state should republicans in Congress – who have repeatedly targeted the ACA for repeal – be successful.

Because the future of the Federal Communications Commission's Obama-era network neutrality regulations is uncertain after FCC Chairman (and former Verizon Communications attorney) Ajit Pai (R) successfully pushed for their repeal, Jeang explained how he would seek to emulate Chattenooga, Tennessee by establishing a statewide municipal public broadband network which would protect state residents from the full effects of the FCC's replacement regulations, which allow telecommunications providers to prioritize and block whichever internet traffic they choose.

"If the federal law imposes that repeal on city-owned networks that would be infringing upon the state's and city's rights," he explained. "It would give everyone broadband access and create a lasting infrastructure that is community-based."

He said that although he will fully support Maryland NORML's push to legalize cannabis in the state, he does not expect the measure to make it out of committee.

Kramer did not respond directly to Jeang's candidacy but said he would welcome a discussion during the campaign.

"I have an outstanding record on environmental issues and I have been endorsed by both the Maryland League of Conservation Voters and the Sierra Club in this race," he wrote in an email. "I will be very proud to run on my record."

Nancy Wallace, who serves as a co-chair of the Montgomery County Green Party praised Jeang and his candidacy.

"David has worked for years for other candidates, and is finally bringing his own clear vision of the major transformations we need today directly to the electorate," she wrote in an email. "He will bring an honest, direct progressive voice to Annapolis for the community and justice values that create successful policy solutions."

The seat is being vacated by Sen. Roger Manno (D) who is running for Congress.