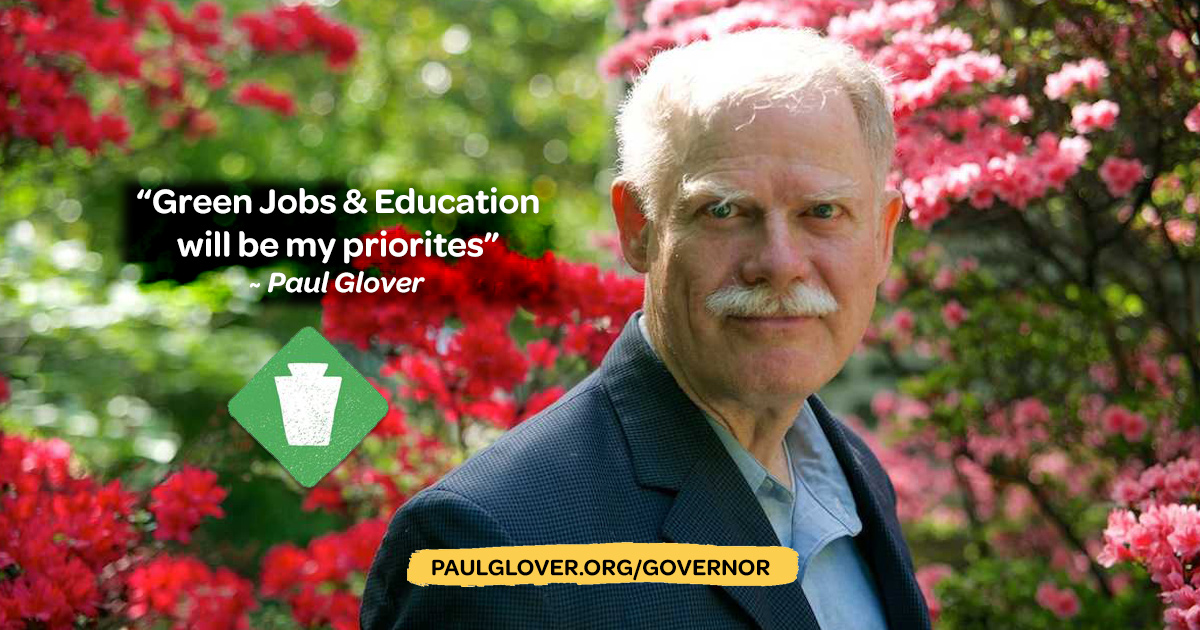 Top priority is creation of green jobs, to fully employ the next 10 generations of Pennsylvanians while repairing the environment. Such jobs will reduce dependence on dysfunctional jobs like fracking and incarceration. I offer detailed plans for 500,000 new jobs without raising taxes.

Pennsylvania should purchase defaulted student loans at pennies per dollar, then extinguish them. State universities and colleges should become tuition-free. Smaller administration, fewer stadiums, more curricula for solving social problems rather than exploiting them. Students have little moral obligation to repay student loans when the game is rigged against them. It's the greater moral obligation of elders to transfer knowledge so that society can progress.

No homeowner should lose their home because of school taxes, so I support tripwires. We are a state full of creative people. We do not need to offer tax abatements. Import replacement expands in-state job creation, reduces dependence on imports. Also prefer luxury taxes to sales taxes. Smart funding of our schools, without resorting to fracking, will include: