Green Party demands the United States follow the U.N. protocol regarding the humanitarian treatment of migrants; asserts that humanitarian assistance to migrants is not a crime 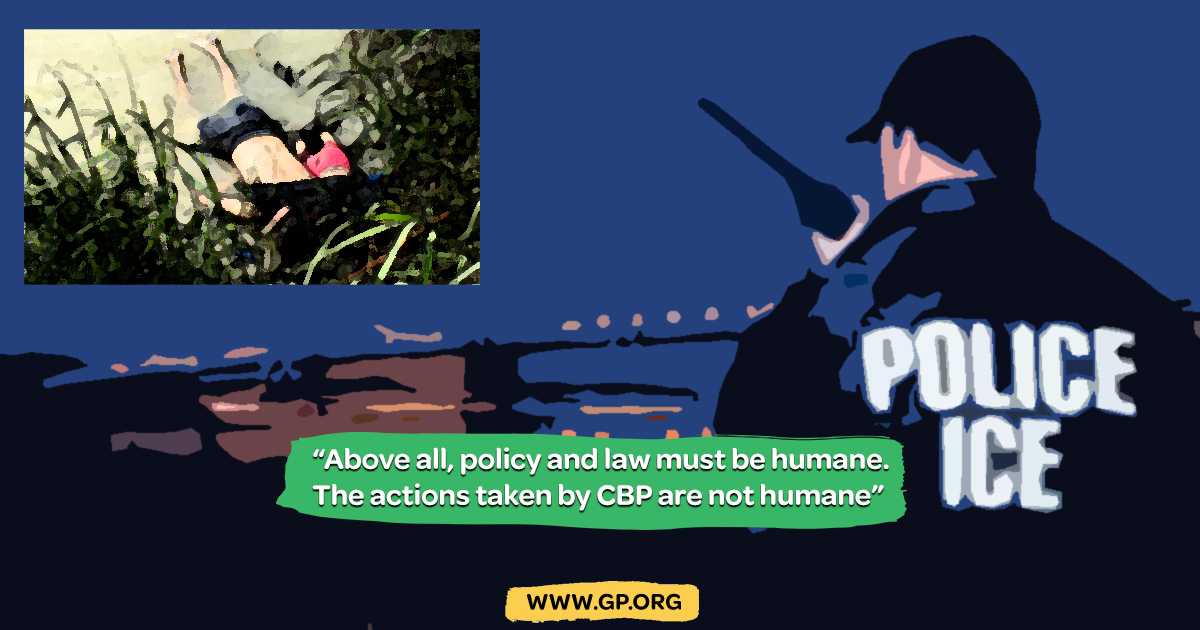 The Green Party of the United States, expressing outrage over deplorable and inhumane conditions in migrant camps, demands the U.S. government follow U.N. protocols regarding the humanitarian treatment of migrants and refugees, and further condemns the criminalization of humanitarian assistance to migrants.

Green leaders are especially dismayed over reports of inhumane conditions in which children are being held. Children seeking refuge are being separated from their families, placed into concentration camps and denied basic supplies.  Horrific conditions have led to the deaths of at least six children since the beginning of this year. Children are suffering due to inadequate food, water and sanitation and extreme temperatures in conditions described by one physician as “torture facilities.”  John Sanders, acting commissioner of U.S. Customs and Border Protection, said today that he will resign on July 5.

“The United States is obligated under the 1967 refugee protocol, to which it is a party, to make sure migrants and refugees are able to receive humanitarian assistance and protection,” said Violet Rose Zitola, a foreign-born citizen of the United States, and co-chair of the Green Party of the U.S. “Despite this,” she added, “government agencies have denied assistance to migrants and undermined legal efforts by citizens to provide that assistance, leading to shocking violations of human rights.”

The situation at the southern border is grim. Since 2001, the Pima County Medical Examiner's Office has recovered more than 2,600 remains from unidentified migrants who died in the Arizona desert. Nearly 500,000 migrants have been detained since the start of this year, and almost 300 have perished since 2018.

Detained migrants have been denied due process protections. These actions taken by Customs and Border Protection (CBP) and Immigrations and Customs Enforcement (ICE) are clear violations of migrant human rights.

“Rather than working to address this crisis, CBP has instead worked to undermine the efforts of humanitarian groups” said Tony Ndege, co-chair of the Green Party of the U.S. “CBP has raided medical facilities established by such groups to provide food, water, and care to migrants. They have targeted individuals, such as Scott Warren, who work to save the lives of migrants, and have acted with wanton cruelty, for instance by destroying water left for migrants in the desert.”

Warren and at least eight other volunteers from the group "No More Deaths" were charged in 2017 and prosecuted for providing humanitarian aid to migrants. Mr. Warren was charged with one count of conspiracy to transport undocumented immigrants, which carries a 10-year sentence, and two counts of harboring them. After a mistrial, the judge scheduled a conference on July 2nd to discuss how to proceed.

Gloria Mattera, co-chair of the Green Party of the U.S., added, “The Green Party concurs with the United Nations that ‘providing humanitarian aid is not a crime’” As stated in our platform, ‘The Green Party stands firmly for social justice for all those living in this country regardless of their immigration status. Above all, policy and law must be humane.’ The actions taken by CBP are not humane.”

4 border deaths in Texas could be a preview of the summer
Warren, David and Cesar Attansio, Associated Press, Jun. 24, 2019

Inside a Texas Building Where the Government Is Holding Immigrant Children
Chotiner, Isaac.  The New Yorker, Jun. 22, 2019

Column: Quit arguing about what to call the migrant camps near the border. Children are dying. Don’t look away.
Hupke, Rex. Chicago Tribune, Jun. 24, 2019

An Arizona Teacher Helped Migrants. Jurors Couldn’t Decide if It was a Crime.
Jordan, Miriam. The New York Times, Jun. 11, 2019

Yes, you can call them “concentration camps,’ but apply the history with care
Wade, Beorn Waitman. The Washington Post, Jun. 20, 2018

Border Patrol agents have been kicking over bottles of water left for migrants along the border with Mexico.
No More Deaths. YouTube, May 12, 2014