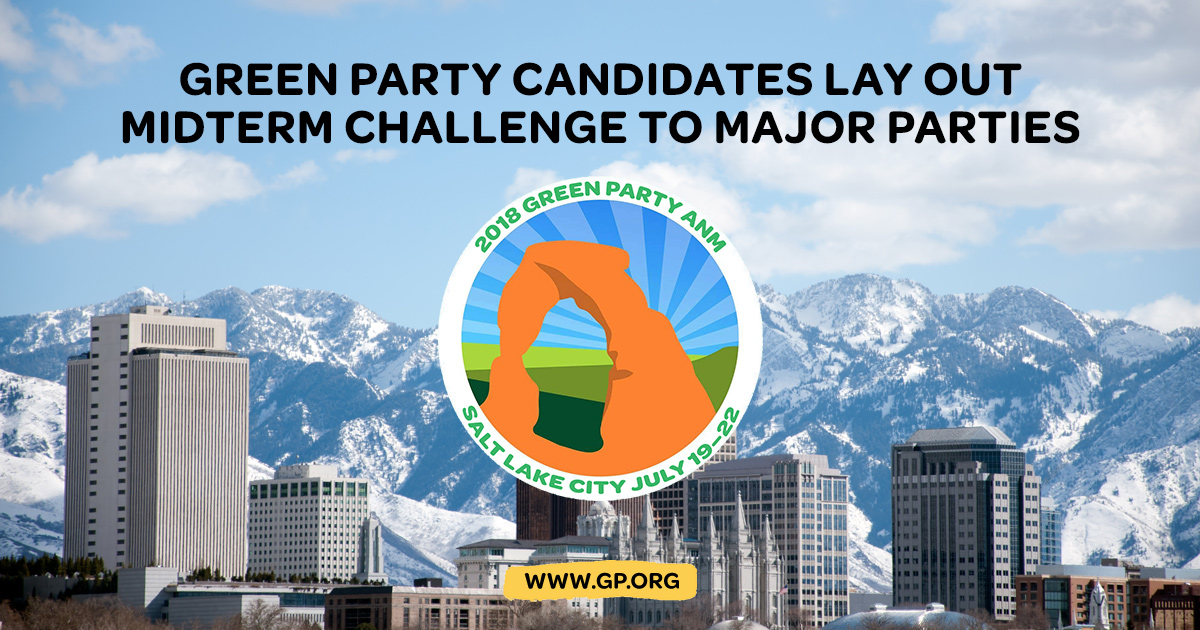 The Green Party of the United States closed the 2018 Annual National Meeting at the University of Utah in Salt Lake City held July 19 to 22 with a challenge to the corporate-funded Democratic and Republican Parties and a call to action.

"Green campaigns are powering up for victory in Utah and all across the country," said Erin Fox, Co-chair of the party's Coordinated Campaign Committee. "Our candidates aren't just asking for votes, they are asking voters to participate in our shared democracy by getting involved in a movement that puts the people, planet and peace first."

Highlights of the meeting included candidate presentations and a keynote speech by Chase Iron Eyes at the opening ceremony Thursday evening.

Candidates for local, state and federal office were featured in two press conferences on Friday.

The national committee meeting on Saturday included two panels, "Ballot Access Under Attack" and "From Standing Rock to Palestine: Linking Our Movements in the Target Hairs of Empire," and featured three candidates from California who won in the restrictive Top Two primary, Rodolfo Cortes Barragan, Kenneth Mejia, and Laura Wells.

The Green Party's Coordinated Campaign Committee will host an online fundraising telethon on August 18 to 19.