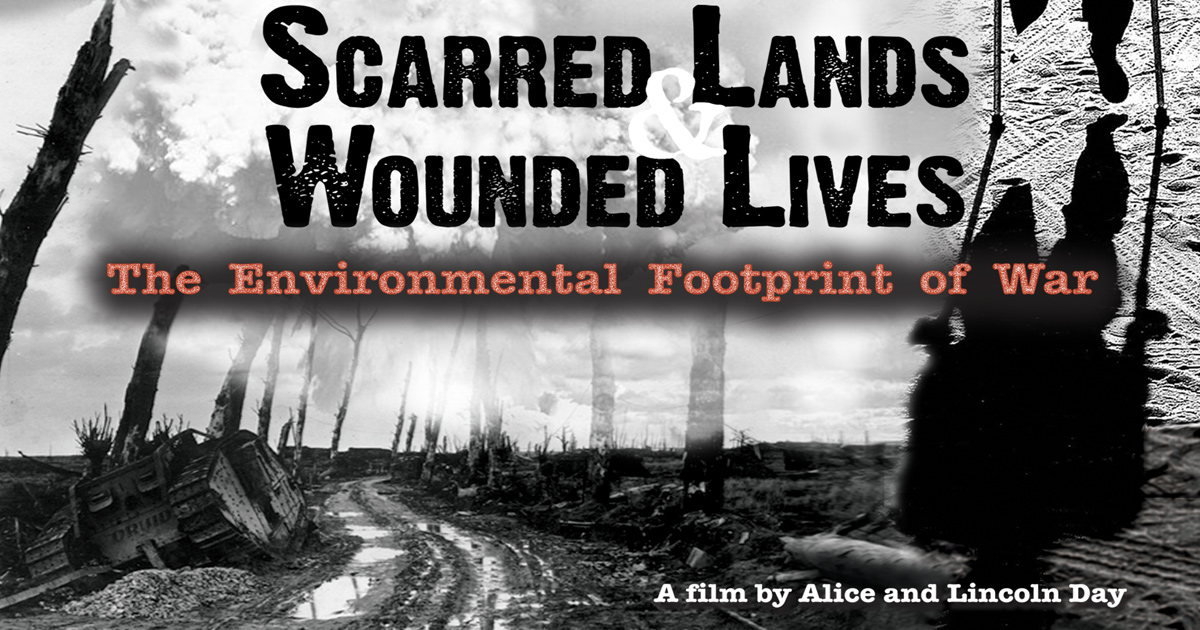 On Thursday, October 26 at 7 pm the Green Party of Rhode Island is hosting a free screening of Scarred Lands and Wounded Lives: The Environmental Footprint of War (dirs. Alice T. Day and Lincoln H. Day, 2008). Called "a surprisingly moving experience" by Barbara Jasny of Science magazine, the film examines how the military-industrial complex and perpetual war for perpetual peace is eroding the biosphere.

"In all its stages, from the production of weapons through combat to cleanup and restoration, war entails actions that pollute land, air, and water, destroy biodiversity, and drain natural resources," say the film makers. "Yet the environmental damage occasioned by war and preparation for war is routinely underestimated, underreported, even ignored. The environment remains war’s 'silent casualty.' Activities that do such damage cry out for far-reaching public scrutiny. The very sustainability of our planet is at stake. We can no longer maintain silence about the environmental impact of war on the grounds that such scrutiny is 'inconvenient' or 'callous' at a time when human life is so endangered."

The film will be screened at:
Pawtucket Public Library
13 Summer Street
Pawtucket RI.

Admission is free and open to the public.