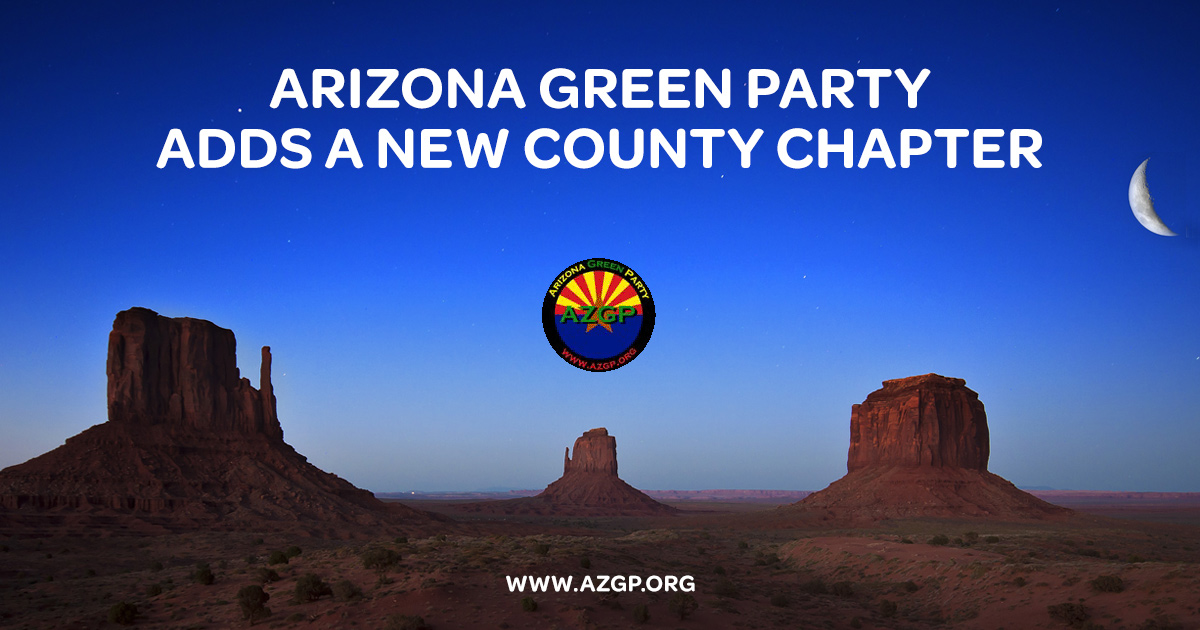 On Saturday, July 22, 2017, the Green Party of Yavapai County (GPYC) held its Summer 2017 Organizing Meeting at the Prescott Public Library (Founders Suite meeting room) in Prescott, Arizona. Twelve Greens and supporters attended, and the meeting was facilitated by Arizona Green Party (AZGP) state co-chair Angel Torres. Prior to this meeting, there have been numerous unsuccessful attempts during the past several years to organize the Green Party in Yavapai County.

After the group introductions and meeting role assignments, attendees agreed to the meeting agenda, and were briefed on the consensus decision-making process.

Five individuals were recruited as potential Green Party candidates for the 2018 Elections:

Nominations were held for county party officers. The nominees include:

Elections for GPYC Officers/Steering Committee members will be held at their next monthly meeting on Saturday, August 26, 2017 (11:30 am to 2:00 pm) at the Prescott Valley Public Library (Glassford Hill meeting room), 7401 E. Civic Circle Drive, Prescott Valley AZ 86314. Registered Green Party voters that live in Yavapai County (especially women) are encouraged to attend, and run for one of the GPYC Officer positions.

AZGP state co-chair Angel Torres said "It's been at least 20 years since we have had an organized presence of the Green Party in Yavapai County. When Stephanie, Haryaksha, and Bert attended our January 2017 AZGP state meeting in Phoenix, I knew getting Yavapai County organized had to be a top priority. Relatively speaking, this first meeting was successful, and I'm looking forward to assisting GPYC members build a strong foundation."