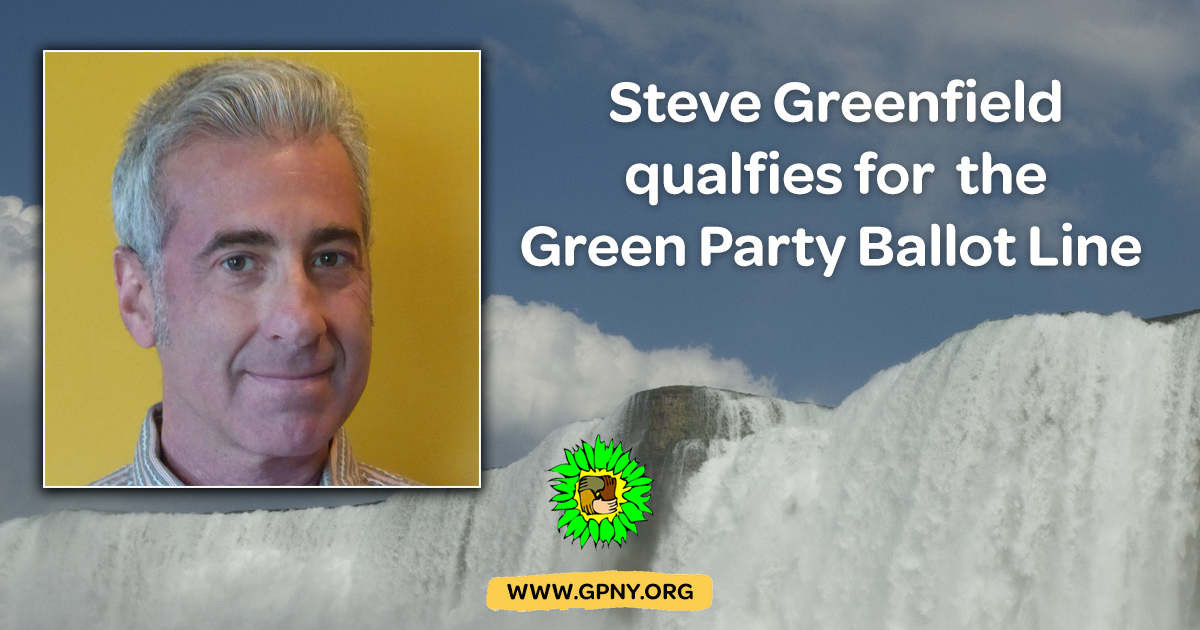 The New York State Board of Elections has approved the nominating petition of Steve Greenfield, of New Paltz, NY, for the race for US House of Representatives, New York 19th Congressional District. Greenfield will appear on the ballot on the Green Party line.

Greenfield, 56, has lived in New Paltz for over 17 years, where he is a veteran volunteer firefighter and former two-term member of the Board of Education. He is also on the Executive Board of the Hudson Valley's Local 238-291 of the American Federation of Musicians.

"Reports this week by Elisa Sumner, chair of the Dutchess County Democratic Party Committee, that her challenge to my petition had succeeded, were premature," said Greenfield. "It's a shame, in what the American public cares so much to believe is a democracy, that some candidates and parties will divert so much in financial resources and professional expertise specifically to deny voters the ability to have a candidate and platform on the ballot for which they feel inclined to vote. It flies in the face of what may be the only common ground left in these hyper-partisan times -- that no matter what, every November we compete freely for the support of the public to represent them in office.

That more than enough Greens in the 19th District lawfully signed on to nominate me to be their candidate was never in question. The Democrats sought to have nearly half of them denied their right to nominate a candidate -- not due to questions about their existence as Green Party voters in the district, but technicalities about places on the page in which their names, addresses, and even just parts of their signing dates appeared. Fortunately, enough beyond the minimum had signed, that even after numerous removals, their will to have a candidate of their own choosing has been sustained."

Greenfield's first formal public appearance alongside all other announced candidates against incumbent John Faso will be this coming Sunday, May 6th at 4 PM, at SUNY New Paltz, at a women's issues forum sponsored by Resisterhood: New Paltz.