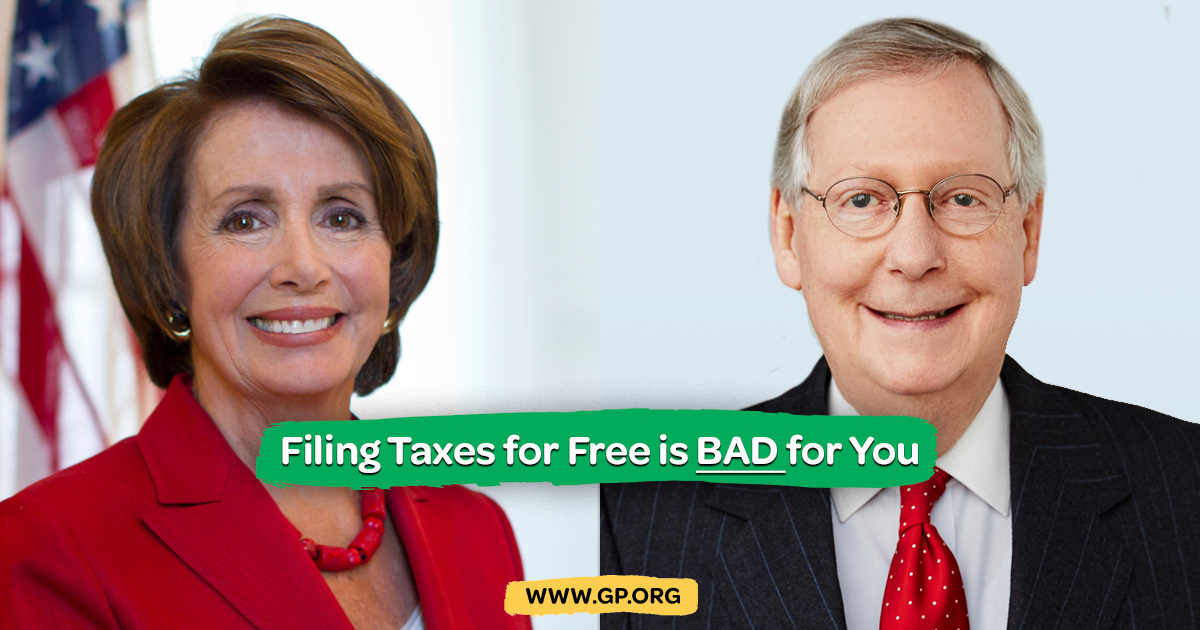 Under pressure from lobbyists from for-profit tax preparation companies, the House Ways and Means Committee passed the H.R. 1957, the Taxpayer First Act, on April 11. If approved by the Senate, the wide-ranging bill would make several administrative changes to the IRS. One of the bill’s key provisions would make it illegal for the IRS to create its own online system of tax filing.

The congressional move would codify a 2003 memorandum of understanding with the industry group Free File Alliance: in exchange for an IRS pledge not to create its own online filing system, the companies offer a free filing service to those below an income threshold.

70% of American taxpayers are currently eligible to file for free; however, only 3% use the free program each year. “Critics … say that companies use it as a cross-marketing tool to upsell paid products, that they have deliberately underpromoted the free option and that it leaves consumer data open to privacy breaches.”

“If this bill passes, companies like Intuit, the maker of TurboTax, and H&R Block will be able to permanently bar the IRS from creating an electronic tax filing system,” said Rita Jacobs, co-chair of the Green Party Banking and Monetary Reform Committee, and former IRS employee.

“An IRS-created system, free to all users, would be similar to programs other developed countries have,” she added. “However, the for-profit tax industry has lobbied for years to block the IRS from creating such a system, because it would threaten their profits.”

The IRS’ deal with the Free File Alliance is regularly renegotiated and there have been repeated, bipartisan efforts in Congress to put the deal into law. Just last year, Intuit and H&R Block poured a combined $6.6 million into lobbying related to the IRS filing deal.

"Shamefully, congressional Democrats and Republicans are supporting this move at the expense of the public. Not only do we pay taxes, we would have to pay a for-profit company to submit these filing. Congress should be making it easier to file taxes, so people don't have to rely on for-profit tax preparation companies. Is Congress looking out for the Donor Class or the Working Class?” said Justin Beth, co-chair of the Green Party of the United States.

Why Are Millions Paying Online Tax Preparation Fees When They Don’t Need To?
Pro Publica, June 18, 2018

Green Party of the U.S. Platform on Taxes and Economic Justice