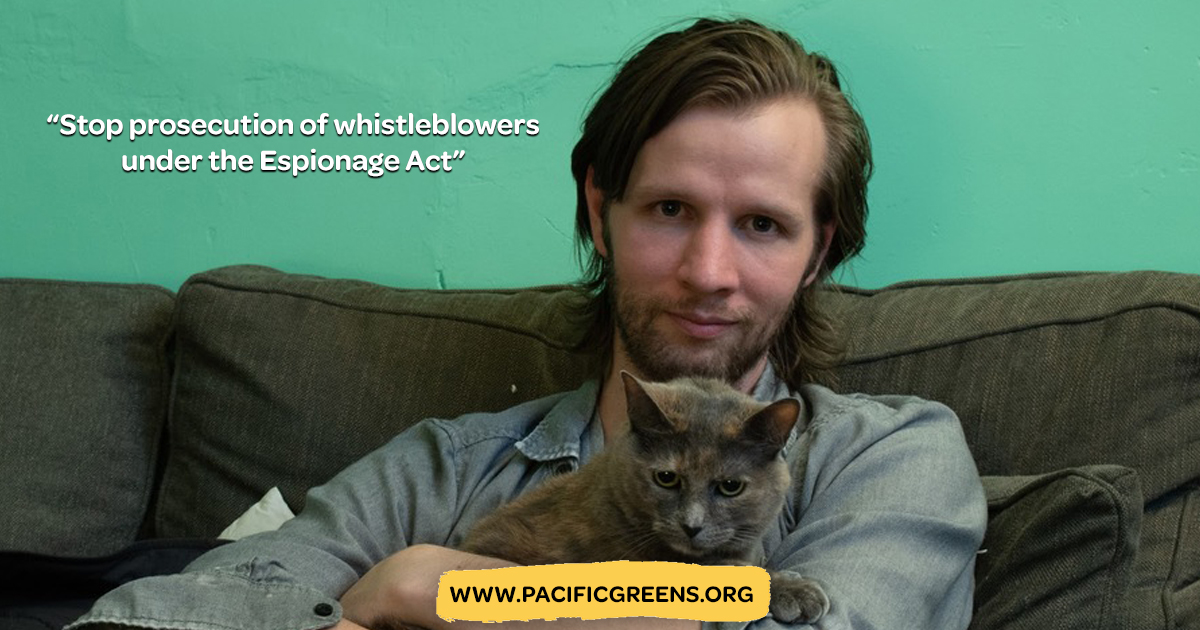 Prosecution under the WWI-era Espionage Act strips defendants of rights afforded under the Whistleblower Protection Act. However, Hale's leak did not put American personnel at risk and only revealed a callous disregard for collateral damage by American military planners.

"Hale risked everything to join a long list of people who for moral reasons blew the whistle. He exposed illegal military programs like Daniel Ellsberg and Edward Snowden have done, " said Brian Setzler, peace activist and Pacific Green Party member.

"It is significant that we are coming on the 50th anniversary of the Pentagon Papers, and Daniel Ellsberg remains a tireless advocate for whistleblower protections," said Setzler. "We need to stop prosecution of whistleblowers under the Espionage Act; the act makes citizens into enemy combatants, and strips them of the civil liberties afforded to other civil service workers."

Hale was charged with releasing classified information to Intercept reporter Jeremy Scahill. Significantly, the information showed that up to 90 percent of the casualties from the drone assassination program were people not actually on the "hit" list.

The disclosures were made during the Obama Administration and revealed the White House was deceiving the public about the success of the program and the harm it caused to civilians.

The Pacific Green Party supports whistleblowers on the principle that without transparency, government programs cannot be held accountable. We hope that Judge O'Grady will be lenient to Daniel Hale; what he did was good for the soul of our country.