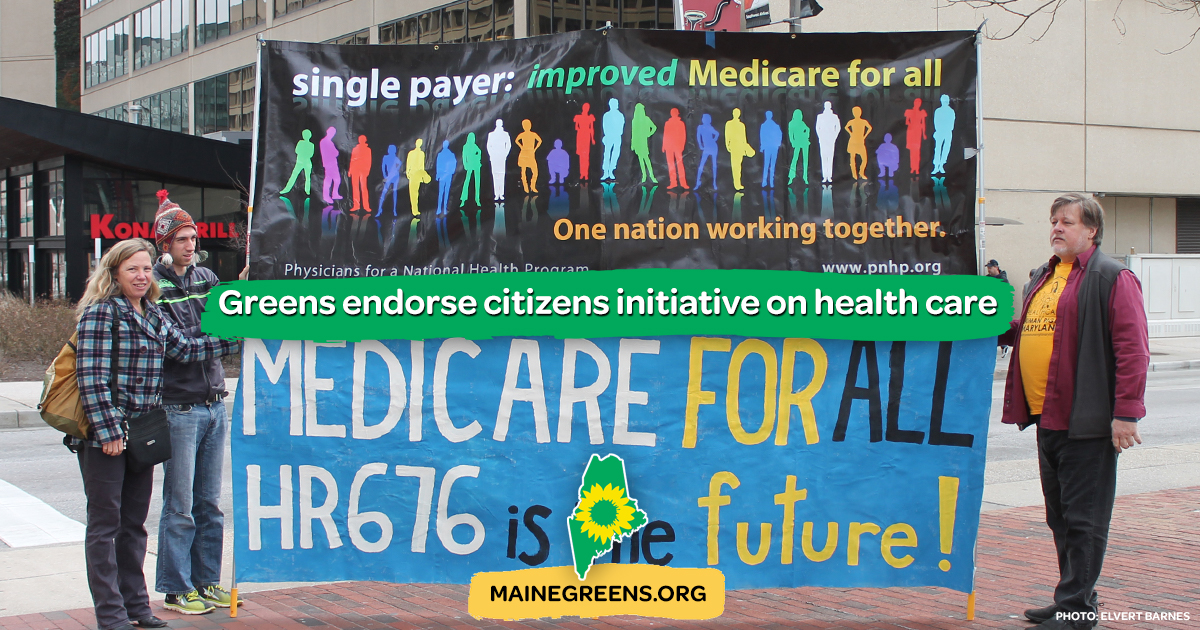 If 63,000 signatures are submitted to the secretary of state by December, the referendum will be on the ballot in a 2022 election.

The Maine Green Independent Party platform calls for a "health care system with comprehensive healthcare for all, including vision, hearing, mental and dental health, regardless of ability to pay."

The party has supported universal health care coverage in its platform every year since approving its first platform as a qualified Maine political party in 1996.

In 2006, Green Independent nominee for governor, Pat LaMarche, made universal health care a cornerstone of her policy proposals, arguing that it would become an engine for the state's economy.

The party plans to rally its membership to help get the required signatures to place the referendum on the ballot.

For more information, visit the party's website at www.mainegreens.org.