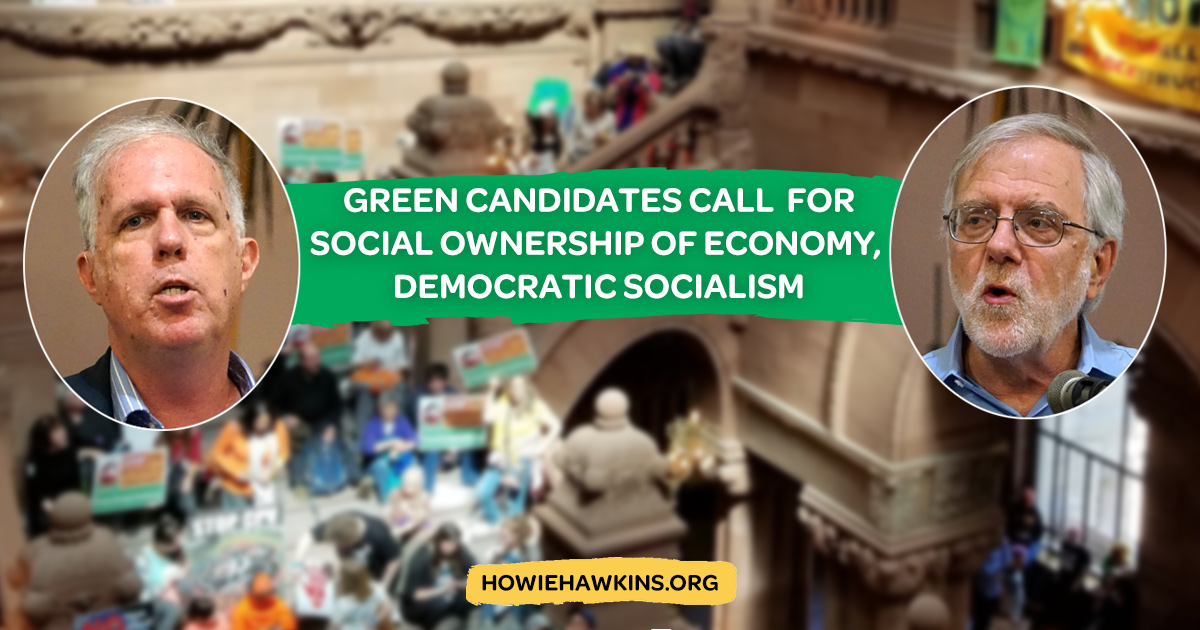 The Green Party candidates for Governor and State Comptroller, Howie Hawkins and Mark Dunlea, will hold a news conference in Albany on Friday, July 13 to call for a variety of democratic-ownership initiatives, including a public bank, public ownership of the energy system, public broadband utility and worker cooperatives.

Howie Hawkins, a long-time member of the Socialist Party as well as the Greens, will discuss the upsurge in support among political candidates for democratic socialism.

The news conference will be at 11:00 AM in the LCA press room (Rm. 130) of the Legislative Office Building, State and S. Swan Sts., in Albany.

Hawkins and Dunlea will join the other statewide Green Party candidates Saturday at the weekly protests calling for the Cuomo administration to rescind the permits for the CPV power plant following the conviction of Cuomo’s top aide for political corruption involving CPV.

(Note: at 3 PM on Thursday July 12, divestment advocates will deliver Guinness Beer to the office of the NYS Comptroller at 110 State St. in Albany to celebrate the vote today by Ireland to become the first nation to divest from fossil fuels. NYS is urged to join NYC is taking a similar step.)