Greens to rally for racial justice at Ferguson Police Dept 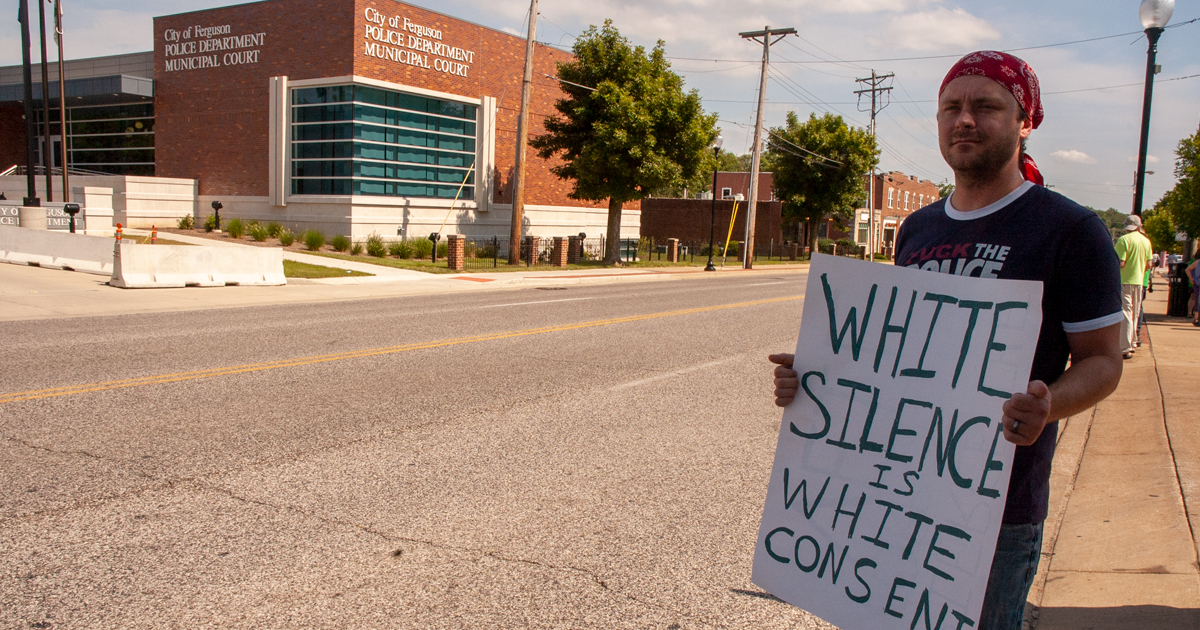 WASHINGTON, D.C. -- The Green Party of the United States will hold a rally across the street from Ferguson, Missouri Police Headquarters on Saturday, July 25, during the party's Annual National Meeting in St. Louis from July 23 to 26.

The rally, which will take place 3:30 to 5:00 p.m., will call for an end to racial injustice, especially the killing of people of color by police and right-wing extremists, the recent burning of Black churches in southern states, deep racial disparities in the justice system, mass incarceration, and unrestrained police-prosecutorial power. Rally participants will show support for black and working class communities all over the country demanding a $15 an hour minimum wage and a future free of state oppression.

"When we gather in Ferguson, we'll stand in solidarity with Black communities all over the country, with the #BlackLivesMatter movement, and with any community being targeted by their municipality to prop up the prison-industrial complex. The Ferguson police department has been the flashpoint for many injustices and our stand there will be symbolic," said Andrea Mérida, co-chair of the Green Party of the United States and member of the party's Latinx Caucus.

The rally address is 222 South Florissant Road in Ferguson. The Green Party and Socialist Alternative St. Louis will host the event. (More: https://www.facebook.com/events/1459041297747078)

#BlackLivesMatter, the most powerful Black freedom movement in the past 40 years, has waged a courageous struggle against police brutality and systems of racism and white supremacy. The nationwide movement began in Ferguson with the murder of Mike Brown.

Greens will call attention to revelations that Ferguson police, prosecutors, and courts have conspired to create revenue by turning the local Black population into a criminal class, subjecting the city's poor and working-class Black residents to endless fines, brutality, and detention.

Greens said that it's unlikely Ferguson is the only city that has engaged in these practices, which harmonize with "broken windows" policing and brutality against Black residents in cities like Baltimore. (See excerpts of the Justice Department's report on Ferguson in "Debtor's Prison in Ferguson: the Brutality of Racism, Up Close and Personal" at http://www.thomhartmann.com/forum/2015/05/debtors-prison-ferguson-brutality-racism-close-and-personal)

The Green Party's Annual National Meeting will take place on the South Campus of the University of Missouri-Saint Louis (https://www.umsl.edu). Many of the meeting events are open to the media and general public. A credentialing page for reporters, bloggers, and other members of the media interested in covering the events, including press conferences, has been posted online (http://2015greenpartyconvention.org/media-credentials).

The meeting will feature Green Party panels, workshops, meetings of the Green National Committee (not open to the media and public), and other events. Green candidates running in 2015 and 2016 and Green elected officials are expected to attend.

Many of the events will be aired on the Green Party's Livestream channel (http://www.livestream.com/greenpartyus). Except for the rally in Ferguson on Saturday afternoon, July 25, all events will take place on the UMSL campus (maps: http://www.umsl.edu/maps.html).

Interviews with candidates for the Green Party's presidential nomination are continuing weekly on the party's Livestream channel. The next interview will take place on Thursday, July 23 at 9 p.m. ET and will feature SKCM Curry. (https://www.facebook.com/events/1620393501571045).

Details for all of these events are subject to change.

Green Pages: The official publication of record of the Green Party of the United States
http://greenpagesnews.org