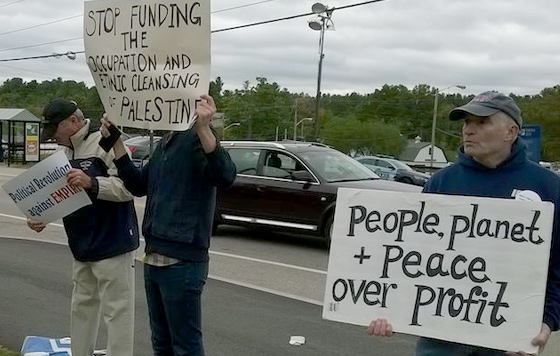 A dozen Green Party members and supporters picketed a Clinton rally at the University of New Hampshire on Wednesday, September 28th.

"I liked Jill prior to the primaries, I supported Bernie for over a year — I saw him before he had announced his candidacy and for a man to stand up and speak out for democratic socialism without flinching I thought was really brave," he said. "So I supported him for the better part of the year until he endorsed Hillary at Portsmouth High School."

Fowler said he refuses to support Clinton, arguing that a vote for her would make him "complicit to corruption, cronyism, war profiteering and the destruction of the environment through fracking and catering to the oil industry." 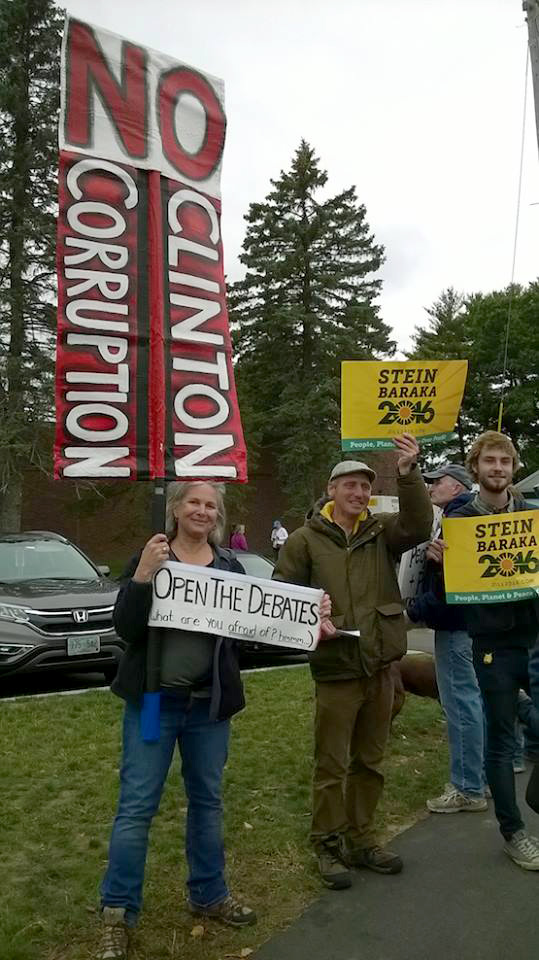